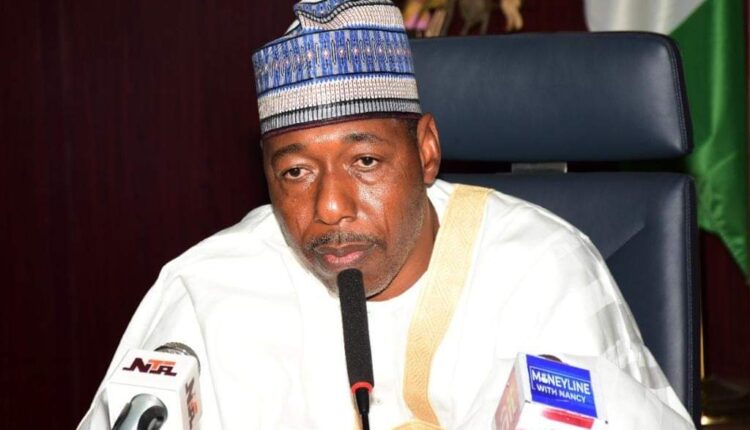 As part of measures aimed at seeking support for development of Borno State, the State Governor, Professor Babagana Zulum, has urged the Federal Government, through the Federal Character Commission, to accord the state with special status and give its youth pride of place in its employment slots.

He indicated that the request that Borno is given special consideration on the allocation of employment slots had become imperative to augment the state’s recently launched 25-years post-Bokoharam developmental plan.

Zulum restated that the plan had been introduced to bring the state out of ruins which it had experienced from continuous attacks of terrorist groups and place it on a path of accelerated growth.

Speaking yesterday when he paid a courtesy visit to the headquarters of the Federal Character Commission in Abuja, he said that since the state had been plagued with terrorism with many families displaced, it was expedient for the commission to prioritise Borno in the scheme of things.

Zulum, who was received by the Executive Chairman and secretary of the commission, Dr Muheeba Dankaka and Mohammed Bello Tukur respectively, said that his administration would stop at nothing in exploring all mutual areas for the benefits of Borno people.

The governor explained that with adverse effects of the Boko Haram insurgency, hundreds of thousands of citizens in Borno have lost their means of livelihood while many qualified youths are jobless despite ongoing efforts by the state government in creating job opportunities through diverse means.

He added that given Borno’s peculiar setbacks, it was necessary for eligible citizens of the state to be accorded special consideration on employment into the Federal civil service.

However, Dankaka promised to look into Zulum’s request, corroborating that the situation in Borno was well known to everyone. She said that Borno would get a fairer share of slots.