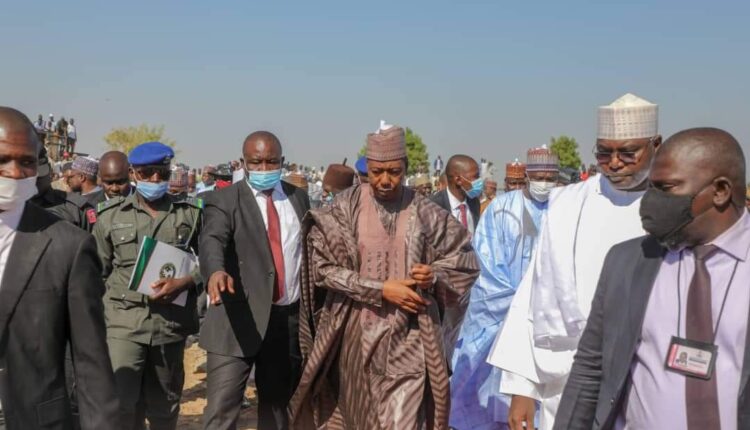 As part of measures to rebuild Borno State, particularly its education sector, the State Governor, Babagana Zulum, has dislcosed that his administration was open for partnerships and investments from Nigerians and foreigners on resuscitating and developing education across the state.

Aside from partnerships, the governor maintained that his administration was also putting in place relevant policies to ensure the state was conducive for investors willing to invest in education, adding that measures were being put in place to facilitate smooth process for investors in the state.

Zulum added that without relevant and vibrant educational sector, his recently launched 25-years post-Boko Haram development plan would be elusive, saying development would be hard to come by without good education system.

Speaking on Monday when he laid a foundation stone for the construction of Al-Ansar University, the first privately owned University and tertiary institution in the state, the governor reassured that his administration would stop at nothing in getting the state on the map of states with good and quality education system in the country.

The governor also directed the Ministry of Higher Education, Science, Technology and Innovation to liase with the founder of the university to see how the government would further support the implementation of the laudable project.

Furthermore, Zulum promised similar support for anyone desirous of making investments in Borno, particularly on education.

“We are very much willing support any individual or group willing to partner with the state government in order to provide the much needed qualitative education to our children at all levels.” Zulum said.

On his part, President of Al-Ansar and founder of the university, Dr Muhammad Dikwa, lauded the governor for his relentless support for the actualization of his university project.

“let me start by expressing our sincere appreciation to the Executive Governor of Borno State, Professor Babagana Umara Zulum for his show of love and concern to the Al-ansar foundation since its inception. The foundation is happy and proud to identify with this kind hearted man, selfless leader, a man of peace and compassion, the man that history has already revealed, a charismatic politician, academician and a great leader whose actions has already inspired the youth, women, vulnerable and impacted positively to the lives of people of Borno State and beyond” Dikwa said.

It would be recalled that Zulum had months back, approved the allocation of 100 hectares of land in Maiduguri, to Al-Ansar foundation, which is funding the University project, at a site along Gubio road in the Borno capital.

The University is taking off with two colleges in addition to other landmark structures necessary for administration and lecturing purposes.