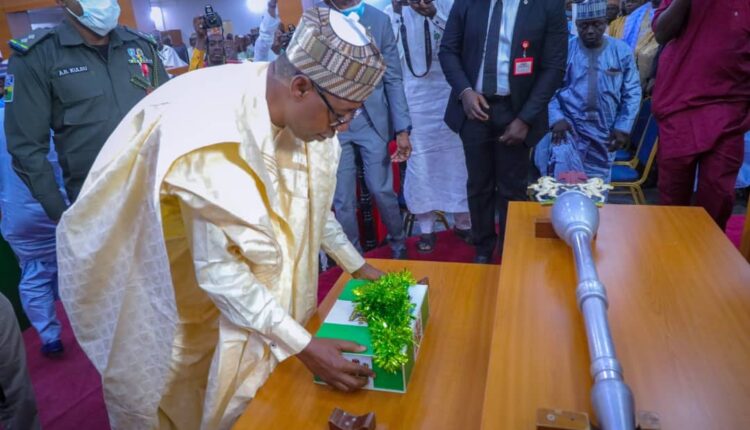 The Borno State Governor, Prof. Babagana Zulum, has presented the 2021 proposed budget estimated at N208 billion to the State House of Assembly for consideration and approval.

He explained that 65% was allocated to capital projects while recurrent expenditures got 35% out of the N208 billion budget estimate.

He noted that the budget would be financed from the statutory allocation and improved internally generated revenue.

Christened “the People’s Budget of Recovery and consolidation,” Zulum said the budget aimed to lay foundation for implementation of the 25-years development plan recently launched by his administration.

Giving the breakdown for sectoral allocations, Zulum announced N16.2b for education being the highest, N15.7b for reconstruction, rehabilitation and resettlement of IDPs and refugees, and N11.7b was allocated to works for construction and rehabilitation of roads in many parts of the state.

The governor also announced allocation of N10.4b for healthcare projects including construction of an Orthopedic hospital and funding of ongoing Borno State University Teaching Hospital.

Agriculture was allocated N9.4b and N5.7b to Borno State Road Maintenance Agency (BORMA) while N4.2b was allocated for housing and energy towards construction of new city estate of 500 houses in Maiduguri and shopping complexes in each of the state’s senatorial district.