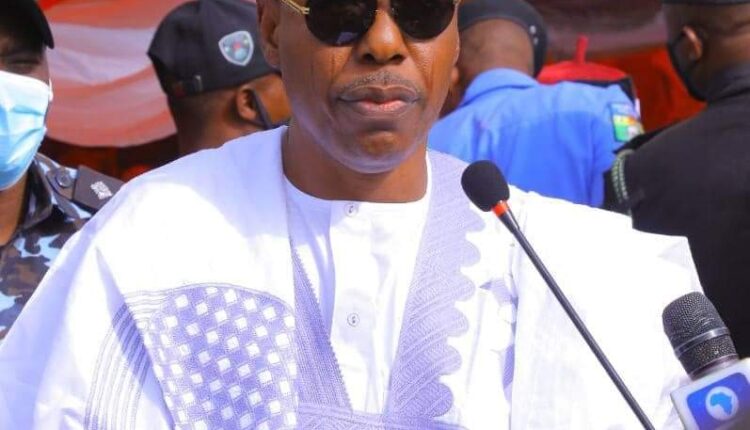 Borno State Governor, Babagana Zulum, has flagged off the second phase of economic support for small and medium enterprises in three local government areas of the state

As stated, the amount was set aside for disbursement to about 5,000 entrepreneurs from six local governments including Biu, Gowza, Ngala, Monguno, Mobbar and Maiduguri Metropolitan Council.

During the flag off ceremony on Friday, the governor also distributed over 80 commercial vehicles and Keke Napep to different beneficiaries to support their sources of livelihoods.

In his remarks at the brief ceremony, Zulum charged the beneficiaries to make proper use of the empowerment package distributed to cushion the economic effect.

Furthermore, the governor also extended his ban on political thuggery to Biu. Zulum directed the security agencies to arrest anyone parading his or herself as political thug to terrorize citizens.

“The Commissioner of Police, the Director SSS, and all the security establishment are hereby directed to arrest anyone that paraded himself as ECOMOG as from 6:00 am tomorrow. Any politician who is sponsoring such thugs shall be dealt with accordingly,” he said.

It would be recalled that in December 2019, N384m was distributed to empower street beggars while in January 2020, N515m was disbursed in ‘cash for work’ programme in which 2,862 members “Ecomog”, an outlawed political political thuggery group, were paid N30,000 each month for a half of the year.

The youths received payments for cleaning the streets. While in December 2020, N154m was disbursed to various entrepreneurs within Maiduguri.