How Boko Haram’s N6bn drugs investments end up in… 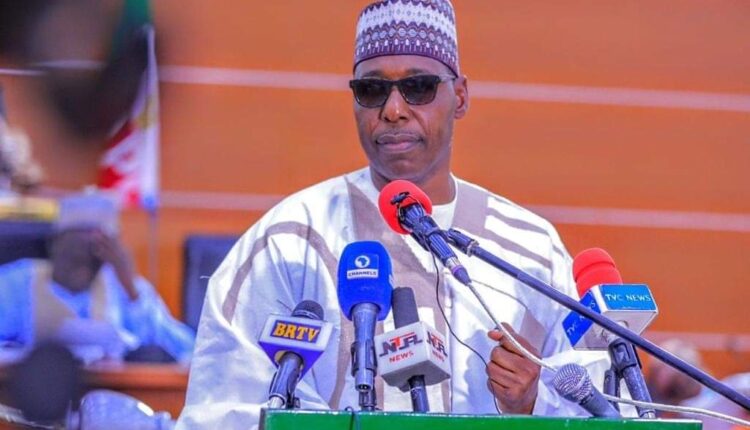 The Borno State Governor, Babagana Zulum, has defended his rational decision of sacking and suspending erring state officials, particularly civil servants and political appointees, saying his actions were based on setting standards and rule of engagement for officials across Borno.

He added that without taking such decisions, there would be room for dereliction of duty on part of civil servants across the state, arguing that such would set the right momentum for efficient civil service that would lead to effective service delivery.

The governor explained that though his occasional firing and suspension of erring government officials do not make him happy, as they even create political enemies for him, he takes such measures to make officials dedicate themselves to delivering critical services to the people.

Speaking in his concluding remarks during the 2022 budget presentation at the Borno State Assembly in Maiduguri, Zulum noted that he would never sack any government official and ban political thuggery if he was obsessed with political popularity.

According to him, in the over two years of having the privilege to lead Borno State, I have had occasions to take some tough and unpopular decisions. I have had to fire or suspend some people from their jobs. Firing people is not a pleasant thing to do and it did not give me any joy.

“I was once the Rector at Ramat Polytechnic and I would love to do things there that make me popular. My suspension of the Polytechnic’s management was not a pleasant decision and some people will bear personal grudges against me.

“I could be more popular if I allow officials to continue to do as they wish. I can also gain a lot of cheap popularity if I encourage ECOMOG (political thugs) to continue to operate, brandish my posters and keep saying ‘Sai Zulum’ (rather than banning them),” Zulum said.

Continuing, he said, “…for us politicians, whether career or accidental, popularity is sweet. But then, Mr. Speaker, on May 29, 2019, I took an oath to serve the people of Borno State with the fear of Allah. I am human and I make mistakes.

“But to the best of my ability, I consider the fear of Allah and the highest interest of Borno State and its people before I take any decision. In my two and a half years as Governor of Borno State, I live, wake up and go to sleep every day remembering that I can die at any time. If and when that happens, I will surely account before the Almighty God for the decisions I make.

“I beseech all of us to remember at every turn that Borno State is not its usual self. Things are different. Our society has suffered and our people are suffering. We all have obligations to give our best of the best to move Borno State forward.”

Zulum, however, noted that he would continue to take firm measures in the overall interest of Borno people in the majority.