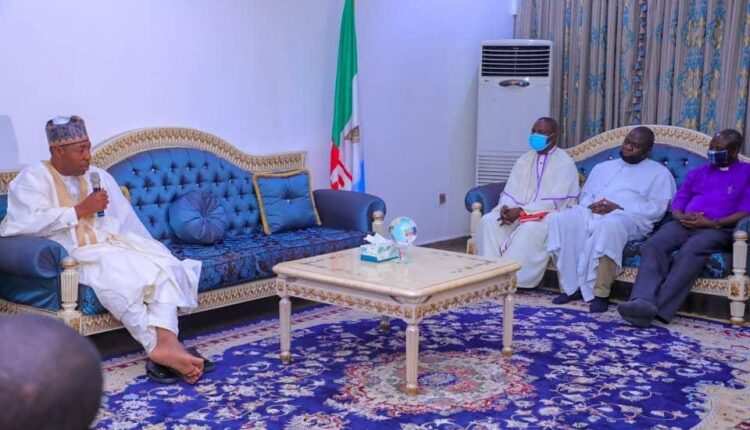 The Borno State Governor, Babagana Zulum, has advanced reasons why he has been adopting the carrot and stick approach in addressing security challenges across the state bedeviled by continuous Boko Haram attacks.

He indicated that his carrot and stick approach to insecurity issues had been informed by his academic background which gives room for proper assessment of issues before drawing conclusion.

This is as the governor also hinted that his relationship with the Nigerian Military fighting insurgency in the region had been on that of professional level which gives room for proper commendation and criticism where and when necessary.

In his Christmas message contained in a statement by his spokesman, Isa Gusau, Zulum called on security agents to remain committed to their patriotic duties and solemn pledge to safeguard the lives and property of citizens, promising them sustained encouragement.

“We will continue to accord far-reaching support to security forces, especially those who have shown their dedication and gallantry. We will commend and reward, and where there is the need to raise voices of concern, we will do so on behalf of our citizens whom we were sworn to protect.

“I believe in the carrot and stick approach, and this is based on my personal principles and my training in academics. Critical thinking is the foundation of academics and in this, the philosophy is to look at the opposite sides of every case study.

“From the academic point of view, there is never one side to any case under study and this is why I commend, reward, and I also criticize. I take every issue on its own merit and I do so with the best of intentions and without fear or favour, affection or ill will. May God grant us lasting peace in Borno and Nigeria,” the governor was quoted in the Christmas message.

While felicitating with Christians on the joyous occasion, Zulum urged the citizens to reflect on how frontline soldiers, volunteers, Internal Displaced Persons (IDPs), and refugees mark Christmas and take some moments for deep reflections.

“While felicitating with fellow citizens and wishing everyone a peaceful, joyful and blessed Christmas festival, I will like to urge all of us, Nigerians, to take some moments today, to deeply reflect by wondering within us, how soldiers who are genuinely dedicated, how security armed forces like them, how our volunteers from the civilian JTF, local hunters and vigilantes, are currently marking their own Christmas in bushes, hunting Boko Haram and also being hunted by the insurgents, and also how families of these forces and volunteers are celebrating without their breadwinners.

“At the same time, we should ask ourselves how thousands of yet to be resettled internally displaced persons and fellow Nigerians taking refuge in foreign countries are also celebrating today’s Christmas, lined up for food in camps and host communities.

“Reflecting on the conditions of fellow citizens will push every one of us with a conscience to rededicate ourselves to ceaselessly pray for peace, to support the fight through generating relevant information for security agents, and to supporting IDPs, returning refugees and any other victim of the unfortunate insurgency,” he added.

WHO cautions Nigerians against COVID-19 contravention during festivities