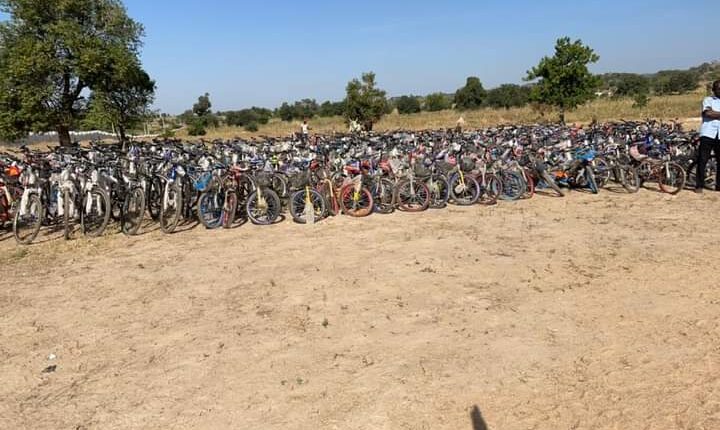 The Borno State Governor, Babagana Zulum, has distributed bicycles and educational materials to 6,000 secondary school students in rural areas, to boost the number of schoolchildren  enrollment across the state.

Zulum stated that the items distributed to students was to encourage punctuality and to improve the literacy level in the state.

Speaking during the inauguration ceremony of Government Technical Secondary School, Wuyo in Bayo LGA, who were also beneficiaries of the distributed materials yesterday, the governor directed that the provision of necessary equipment for laboratories and workshops for the technical school and that they be of best standard. 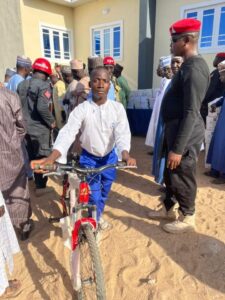 As a measure to boost the standard, he mandated the Ministry of Education to employ additional teachers that could take the students through various subjects in the schools.

According to him, this will boost the educational standards of the state and ensure quality learning as well as conducive environment.

In the same vein, the State’s  Commissioner for Education, Abba Wakilbe, explained that the inaugurated school was given 300 of the bicycles, to distribute to their students from neighbouring villages.

Wakilbe announced that the State government has made provision for 231,000 different text books to assist students engage in further research on their subjects.

While commending the Governor, he disclosed that within two years of Zulum’s administration, a total of 21 mega schools including four technical colleges have been constructed across the state.

Earlier, the Chairman of Bayo LGA, Mohammad Biryel, lauded the siting of the technical school in the area, which has been left behind in area of education in the state. 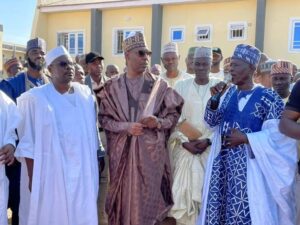 Biryel noted that the development would not only address the issue of illiteracy, but also help in giving the youths the necessary training to be self reliant.

Troops neutralise over 120 bandits within 2-weeks

FG promises to clear lecturers’ outstandings, other payment after three-week…