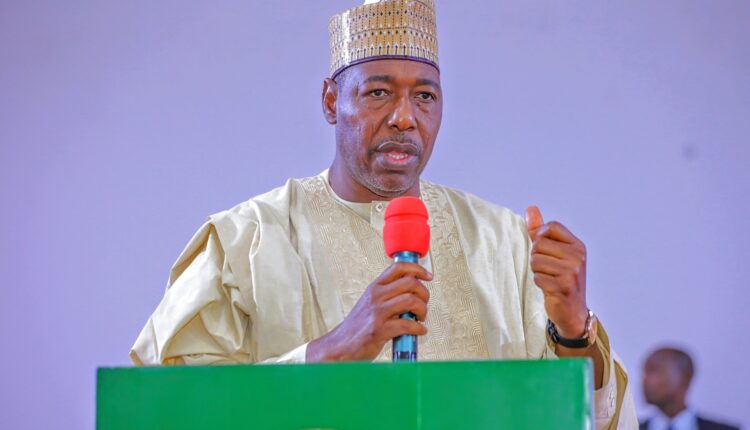 The Borno State Governor, Babagana Zulum, has directed security agencies to make Borno inhabitable for political thugs and other association terrorising residents across the state.

The governor particularly ordered the security officials to prioritise youths under the banner of ECOMOG across the state, saying it has become imperative for the government to quench the menace.

“Any politician, no matter how highly placed he is, if found harbouring or sponsoring thugs, we will deal with him accordingly. This administration will not condone any act of indiscipline,” the governor said while while addressing leaders of political youth groups associated with thuggery known as ECOMOG in Maiduguri.

Zulum said that despite the series of vocational jobs and empowerment programmes provide for the groups to make them have access to lawful means of livelihood, most of the youths prefer political thuggery as a means of livelihood.

“We will not continue to give you money, you cannot hold us to ransom. The security agencies have been directed to deal with anyone found parading himself as ECOMOG, either at the airport, graveyard, at wedding receptions or anywhere. You have been disturbing the public peace, constituting nuisance”, Zulum added.

Also speaking, the Attorney General and Commissioner of Justice, Bar. Kaka Lawan, said that in recent days, there has been increasing cases of theft and house burgling. He warned that any person or group of persons found contributing to the insecurity within the state capital and its environs, would be dealt with.

The state’s Commissioner of Police, Abdu Umar, and the State Director of DSS, Munir Mamman, pledged to act in line with the governor’s policy. It would be recalled that in July 2019, which was two months after assuming office, Zulum had announced a ban on political thuggery in Maiduguri which had, in the mid 2000s, come under bloody clashes between rival thugs including killings.

In 2020 and 2021, Zulum extended his ban on political thuggery to Biu and Gwoza, both of which have had notorious prevalence of thuggery. The governor later announced a statewide ban on the menace.