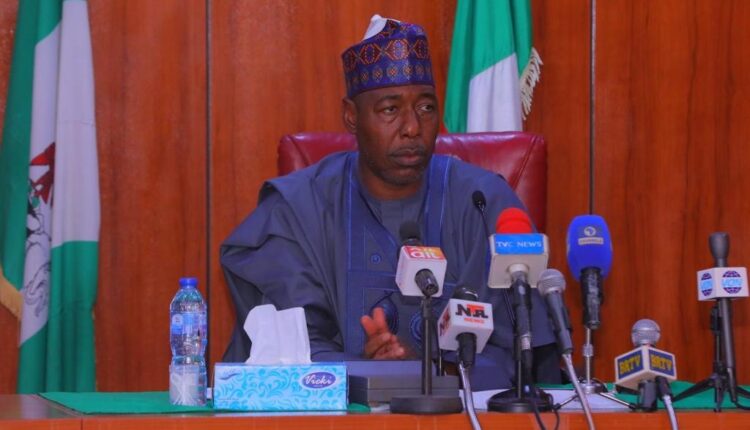 The Borno State Governor, Babagana Zulum, has approved new N30,000 minimum wage for primary school teachers across the state, saying the move was in line with his administration’s commitment to improve welfare of tutors and school managers at the elementary level.

He explained that with the move, all qualified teachers in Borno primary schools will soon begin to enjoy N30,000 minimum wage, as against current situation in which some number of teachers receive as low as N11,000 due to activities of ghost teachers.

Speaking at the Government House in Maiduguri, while inaugurating reconstituted board of the Borno State Universal Basic Education Board, which got a new Executive Chairman, permanent and non-permanent members, the governor said that he would stop at nothing in improving welfare of the teachers.

“One major issue in Borno’s primary education system today is the welfare of teachers. It is pathetic that there are teachers who are still collecting between N13,000 and N11,000. I want to assure, that despite economic challenges, we are working to ensure that every qualified teacher in Borno State earns minimum of N30,000 which is the national minimum wage,” Zulum said.

The governor also said that a number of unqualified teachers identified during assessments, who are trainable, would be sent for professional teachers training, to acquire skills and methodologies than can help them teach effectively.

He, however, noted that those that are not trainable would be transferred to other departments as non-academic staffs in schools. Furthermore, Zulum ruled out retrenchment including those of untrainable teachers, so as not to increase an already high unemployment rate, with social implications.