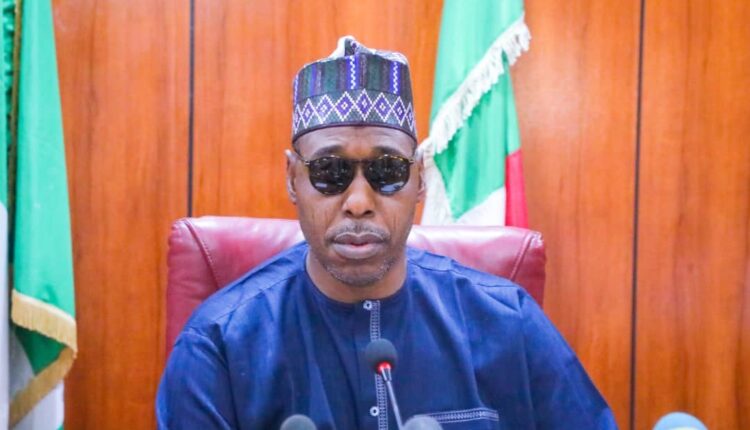 Borno State Governor, Prof. Babagana Umara, has directed relevant stakeholders in the state’s education sector to begin immediate identification of youths with science qualifications for admissions and government scholarship for degrees in medicine and related programmes across Universities in Cairo, Egypt.

He added that the admission and government scholarship move was in line with his administration’s commitment toward preparing relevant manpower for the proposed new teaching hospital in the state.

Zulum gave the directive to the State’s Ministry of Higher Education, Science, Technology and Innovation, yesterday in Maiduguri, when he received a report from a high powered committee tasked with developing framework for the establishment of Borno State University Teaching hospital, and a medical college, both of which would qualify the state University to offer Degree programmes in Medicine and other medical fields.

The governor inaugurated the committee in July 2020, and in November, Minister of Health, Dr Osagie Ehanire laid foundation for the hospital in Maiduguri, on Zulum’s request, with work progressing at a site in Jimtilo, not far from the University’s campus.

Kyari said that the committee had visited the best medical institutions and colleges to identify structures, equipment and manpower before coming up with recommendations, some of which were already being implemented by the governor.

The professor explained that construction of the new teaching hospital would be carried in two phases, with the first which is ongoing, to have phase 400 beds; and the other to 200 beds, to make a combined capacity of 600 beds.

Kyari said that the committee had adopted the name: “Borno State College of Health Sciences” to make it flexible for the State University, to have the latitude of training other paramedical students, in addition to medical doctors.

Pope slashes cardinals, others salaries after adjustment on vertical spending