JUST IN: Three die during bomb explosion in Kogi 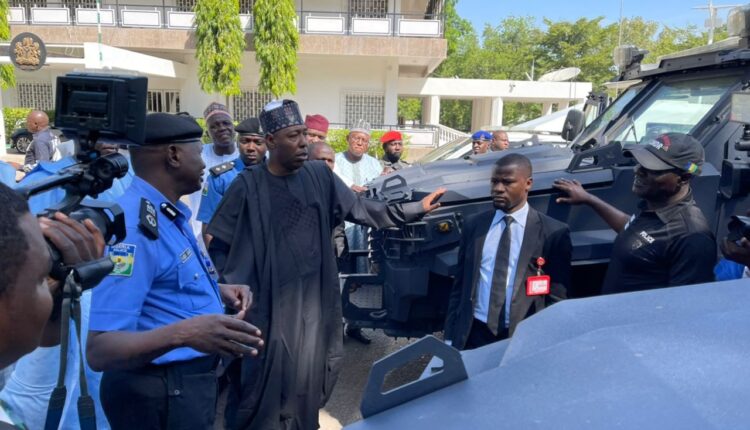 The Borno State Governor, Babagana Zulum, has acquired nine armored personnel carriers for the operations of the state’s Police Command to augment the security agency commitment towards the restoration of civil authority by the Nigerian Police in Malam-Fatori in the shores of Lake Chad.

He said that the gesture was to support the police in his administration bid to move away from devastating effect of insurgency, ensure return to normalcy and vibrant economy in line with the 25 years post-Boko Haram recovery plan.

The governor noted that the 25-year strategic plan with immediate, medium and long implementation phases, was developed as gateway through which the government targets to become world class after fully recovering from impacts of more than $6 billion worth of destruction caused by Boko Haram.

While inspecting the first batch of three APCs in company of Borno’s Commissioner of Police, Abdu Umar, on Thursday in Maiduguri, said that more would be done to support the security agency in carrying out their duties.

The governor explained that, “while the Borno State Government procured nine of the armored vehicles, the Inspector General of Police approved the installations of arms and ammunition on them” since the state government has no constitutional powers to acquire such arms.

Zulum noted that, the APC’s would hopefully enhance operations of a special police unit towards the restoring civil authority in Malam-Fatori in order to compliment the Nigerian military.

Malam-Fatori, which came under Boko Haram occupation in 2014, is the headquarters of Abadam Local Government Area in northern Borno and has a number of communities sharing boarders with Niger Republic. Insurgents controlled the place for about six years, before the military liberated it, but so far, without civilian population.

The governor had last month led residents and government officials to embark on the clearance of Malam-Fatori to pave way for the reconstruction of public facilities and private homes towards safe and voluntary resettlement of residents, who had fled to Niger Republic since 2014, in the wake of the Boko Haram attacks.

Zulum has in the last two years distributed about 1,000 surveillance vehicles to the military, other armed forces and volunteers in Borno’s ongoing peace-building efforts.