Zidane, Courtois, others under attack after Real Madrid’s 3-0 loss to PSG 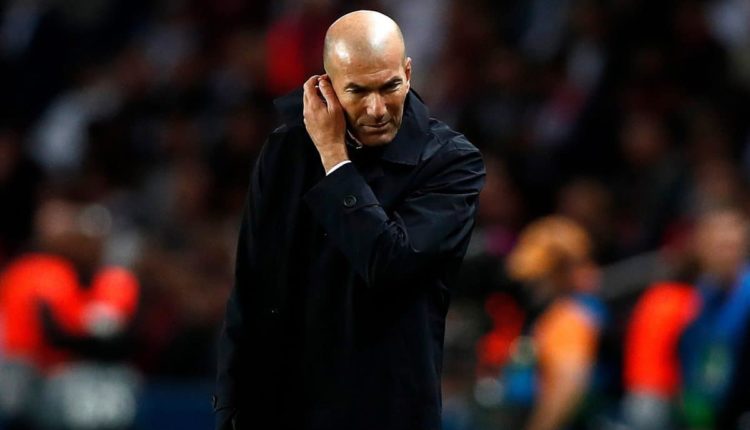 Former Real Madrid star, Steve McManaman, has criticised manager, Zinedine Zidane for not having a reliable starting XI despite having an abundance of superstars in his squad following the Los Blancos’ 3-0 defeat to Paris Saint-Germain in the UEFA Champions League on Wednesday.

A brace from Angel Di Maria and a late goal from Thomas Meunier gave Thomas Tuchel’s side all three points against the La Liga giants.

“It’s disappointing to lose 3-0,” McManaman told BT Sport. “The goalkeeper [Courtois] was poor, certainly for the first goal. Madrid had numerous chances that they missed. Gareth Bale had a nice goal disallowed because it was accidental handball which they would say was harsh. But under the new rules, that is considered a foul.

“But they’ve got big problems, Madrid. They’ve got an abundance of superstars in their squad. I went through the team and it’s incredible. Yet the coach cannot find a starting XI that Real Madrid can rely on and play well,” he said.

“He [Zidane] keeps going back to Casemiro, Luka Modric, Toni Kroos. That midfield three, and with respect to them, their best days were three of four years ago. Now they’re 32, 33, 34, and they need to refresh it very, very quickly.Tonight they had Bale, Benzema and [Eden] Hazard up front and they need to do more for them,” the former player said.

NANS to Fayemi: You have abandon parents of slain FUOYE students