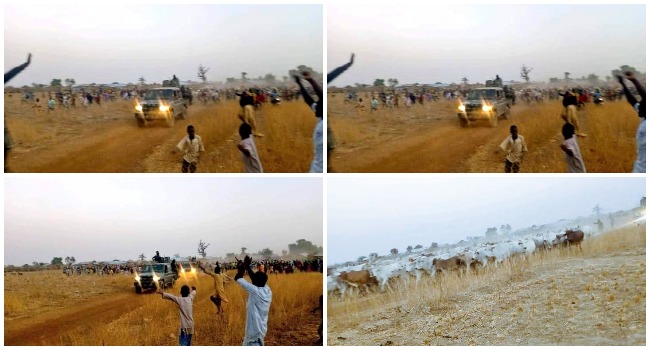 There were jubilations across some border communities after Nigerian Troops destroyed many bandit camps and recovered many rustled castles in Gwashi, Bukkuyum Local Government, and some parts of Anka forest.

As gathered, the bandits’ enclave in Gando forest was dislodged and several terrorists were killed during the operations that lasted for several minutes.

After realising the achievements, residents of the affected villages came out in celebration of the Nigerian Military victory as they returned after an encounter with the bandits.

Bandits from this axis have been demanding levies from communities under Bukkuyum council with a threat to unleash mayhem should any of the communities fail to pay their dues.

Earlier in January, the bandits attacked four villages in Anka and Bukkuyum LGAs, killing over 50 persons, an action that attracted eyebrows.