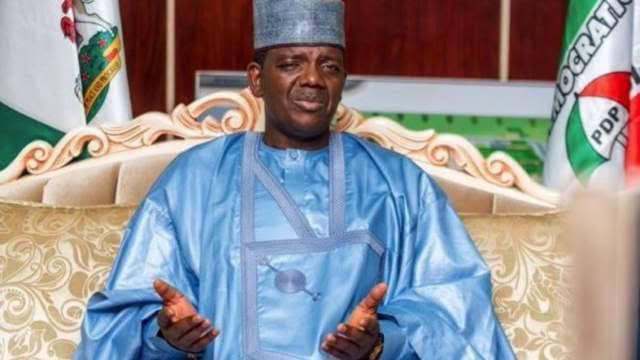 One of the abducted parents of recently rescued 279 Jangebe school girls in Zamfara, alongside nine others have regained freedom from their abductors.

As gathered, the father of one of the schoolgirl was released alongside two men, four women, and three children.

As stated, the victims were abducted in the Gwaram community of Talata Mafara Local Government Area of the state and had been in captivity for over three months and two weeks.

Confirming the development, the state’s Commissioner for Security and Home Affairs, Abubakar Dauran, said that the victims were rescued without ransom.

According to him, the 10 abducted victims in Gwaram community of Talata Mafara LG were rescued through the peace initiative of Governor Bello Matawalle’s administration.

He added that the Matawalle-led state government would stop at nothing in upholding the peace dialogue, which he claimed, had been paving way for lasting peace in the state.

“We are witnessing another achievement in security where ten people were rescued, those that were kidnapped at Gwaram in Talata-Mafara Local government which among of them is the father of a student of the girl of Jangebe.

“I believe if it is not dialoguing that we are doing in Zamfara State, we cannot definitely rescue these victims. We are still with this dialogue and with a non-kinetic approach, we must continue to do it because of the situation we have in Zamfara state, we know it’s critical but we are achieving a lot of success.

“Recently, we rescued 279 Jangebe school girls, before that we have recovered about 20 sophisticated weapons from the son of Buharin Daji which he voluntarily surrendered with a different caliber of live ammunition,” Dauran said.

Recounting his experience, one of the rescued victims said “we spent 14 weeks in the forest with all this cold weather, we were outside with our kids there is nothing to cover our body with. They came looking for Ubankasan Gurau but he was not around, they met his father and killed him, they went to his uncle’s house and pack all the family members that were around.

“They said they pity our kids but still, they did not release us. None of our kids die, it’s God that saved us. They give us rice and beans, we are the ones cooking, and they have pot there. They use to give us oil and salt with Maggi but later they stopped,” she said.