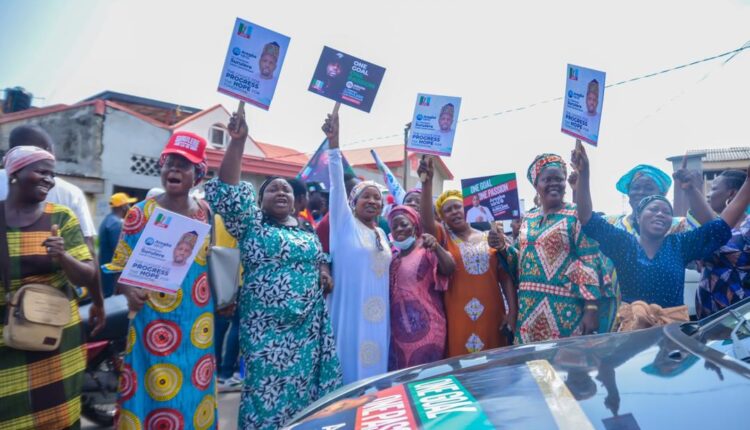 Share
Less than two weeks to All Progressives Congress (APC) Lagos chapter council primaries, the political campaign train of  APC Lagos chapter Youth organizing secretary, Idris Aregbe, has continued to gather support with youths, women, and others declaring their total support to him and promising to ensure that Aregbe’s becomes APC standard-bearer for the poll.
Indeed, to ensure that Aregbe becomes APC chairmanship candidate for the election, dozens of party members have started mobilising for him ahead of the primaries scheduled for May 29th, 2021, attesting to his visionary leadership and ability to take Surulere to the height they all dreams about.
The aspirant, who had also intensified his campaign across the council, meeting stakeholders, was often welcomed by an elated crowd in all communities, cheering him on arrival, screaming that he is their preferred choice to take the baton from the incumbent chairman, Tajudeen Ajide.
At one of the campaign yesterday, which was contrary to claim in some quarters that the Youth organizing secretary had stepped down from Surulere Local Government chairmanship race, youths, women, and aged took turns to declare their total support for him, saying all we want is a candidate that understand our council challenges as well as solution and that Aregbe has it.

A resident of the council, Bayo Babawale, said that he decided to endorse him after he discovered that Aregbe shared same passion and dream for the council.

Babawale added that it was time for the big political gladiators to quit the stage and yield the stage for the youths to showcase their leadership skills and bring positive development to Surulere.

According to him, I took the decision to endorse him because we share same vision and goals for the council. And I believe with him, the council will attain a greater height. Previously, we knew the council to be a sports city and a council that often have less number of youths that are not meaningfully engaged.

Another youth, Bola Dipo, stated that his wish had been that the council become more developed than its present stage and from her investigation, Aregbe stands for the development and would support him to address the council challenges.

Dipo, who disclosed that he had been an advocate of development, added that his support was not for personal gains but for Surulere’s development and restoration of the council’s status within the state.
Also, the former Secretary to the Local Government, Olatunji Alaba, described Aregbe as a true son of Surulere and prayed that all his dreams would come to reality particularly the development agenda he has for the council.
Alaba noted that the APC would need to replace Ajide and that the candidate for the seat must come from one of the aspirants that have bought forms, stating that Aregbe has all the opportunity to become the party’s preferred candidate ahead of the primaries. 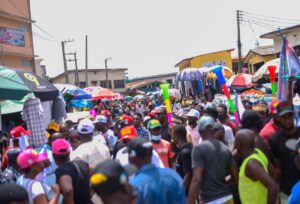 Responding, Aregbe thanks the youths, APC, and community leaders for their support and promised to bring the desired development to Surulere.
The youth organizing secretary added that his decision to vie for the seat was taken to further bring even development across the council beginning from when he assumes office.
He noted that under him, programmes will be designed to cater for the needs of the youths and every other person within Surulere.