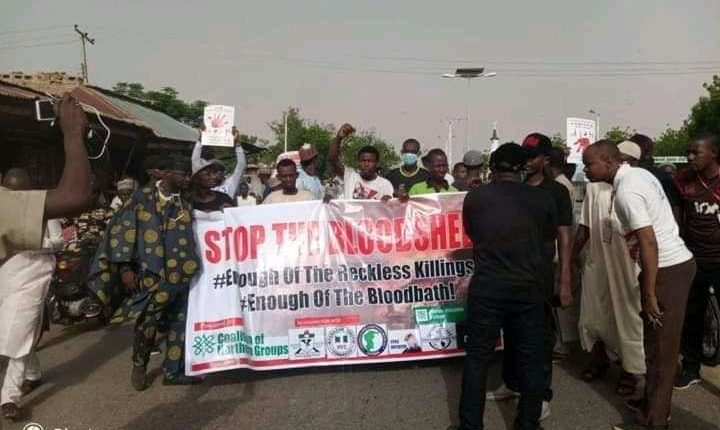 Dozens of youths in Katsina State on Tuesday stormed major streets to protest against incessant killings by bandits that had resulted in loss of several lives and destruction of property in the northern region.

The protesters are demanding that the Federal and State Governments take urgent and decisive actions to end the spate of insecurity within 19 states in the northern region.

Protests against insecurity and other issues affecting the state came barely six days after at least 20 people in Kadisau community in Faskari local government area were killed by bandits.

Speaking on behalf of the protesters, Jamilu Charanchi, noted that the protest was necessary following renewed bandits attacks across the nine front line councils of the state where several lives were lost.

Addressing the protesters, Commissioner of Police, Sanusi Buba, assured the participants that the Command was effectively fighting the menace of banditry in the state.

Although authorities are assuming that this particular protest might have been sponsored by unscrupulous elements, the police commissioner has commended the peaceful manner in which the protest was conducted.