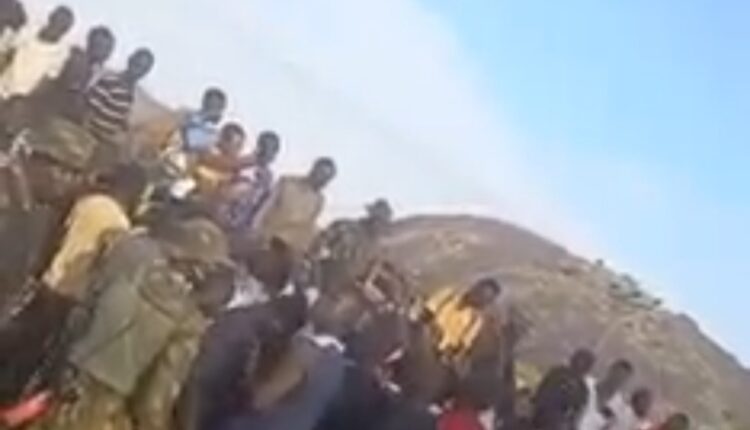 Vehicular movement in and out of Abuja-Kaduna highway has been crippled after youths from Gauraka community, Tafa Local Government Area of Niger State, took over the road to protest against spates of kidnapping, attacks, and other security challenges facing the community and its neighbouring councils, states among others.

The protesters from Gauraka community located along the expressway halted movement of traffic on the highway by burning tyres to create a scene in making their grievances known over rising abductions of residents in the area by unidentified gunmen.

The angry youths alleged that no fewer than 30 persons from the community are currently in the kidnappers’ den and that their abductors are demanding a huge ransom.

The protesters said they embarked on the action to call the attention of the relevant authorities to their plight after gunmen invaded the community on Monday around 1:00 am and abducted 15 persons.

It would be recalled that there have been speculations on Boko Haram terrorists infiltrating Gauraka community after Governor Abubakar Bello announced that terrorists have hoisted their flags in some communities in Niger State in April.

Speaking during the protest, a resident of the community, Hassan Hassan, said that the gunmen invaded the community around 1:17am and abducted 15 persons.

“At exactly 1:17am in the morning, I heard a gunshot. I had to quickly close my windows because they were opened. I told my people at home to be calm,” he said.

“I went to my toilet to see what was happening. I saw that the gunmen were taking my neighbour with his two children. One is 10 years old and the second is 8 years old.

“They operated till around 1:51am. Around 2:15am, the army came to our rescue. Some of us came out to see those who were kidnapped. We discovered that they have kidnapped about 15 persons and cut the two hands and ear of one woman who was carrying a baby.