Barely 24 hours after National leader of the All Progressives Congress (APC), Asiwaju Bola Tinubu, declared that he never endorsed any of the party’s aspirants for council chairmanship and councillorship as a candidate in Lagos State, youths have described Tinubu’s stance as an addition to his towering democratic credentials that had attracted many to his political ideology.

The youths, who are from Surulere, further described Tinubu’s remark as timely intervention ahead of the primaries scheduled for next Saturday and that it would end the activities of APC party leaders that have continuously use the name of the former governor to impose aspirants on party members particularly to influence outcome of the exercise across the state.

Speaking differently on the statement released by Tinubu Media Office, the youths stressed that stance of the party’s national leader would give aspirants vying to become APC standard-bearer during the next council poll equal opportunity to clinch the party’s ticket in Surulere and other Local Governments.

Reacting to Tinubu’s statement, a member of a youth-based group, Shitta Gents, in Surulere, Razaq Animashaun, commended the national leader for the timely statement, saying this will douse the tension within APC.

Animashaun added that the statement has ended further discredited claims by some elected public officeholders and party leaders that have gone ahead to singularly endorse aspirants under the guise of enforcing Tinubu’s directives in Surulere and other councils across the state.

“In Surulere where the youth resoundingly want one of their own, Idris Aregbe, as chairman, Asiwaju has further justified our trust by unmasking the lies been peddled by leaders of the party especially to manipulate the primaries outcome for their preferred candidate.

“Youth all over Surulere Local Government Council have resoundingly applauded the decision of APC National Leader, Asiwaju Bola Tinubu to ensure a level playing ground for all councillorship and chairmanship aspirants,” he stated. 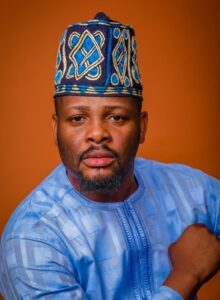 Other leaders of vibrant youth groups in Surulere, including those of Orita Abimbola, Western Base, Shitta Gents, and several others also applaud the development.

A female youth activist, Vera Emmanuel, stated that all APC members have their preferred aspirant for the primaries and none can force the other to accept his candidate rather can only persuade him to consider such aspirant for APC ticket.

“For instance, I have my own aspirant for the primaries and he is Idris Aregbe. And before he embarked on the campaign, he respectfully consulted all party leaders in Surulere about his intentions before joining the race but unlike a few others who hope for some manipulation, he only relies on God and his solid popularity among the people of Surulere”.

Concerned by the spate of mischievous claims of ‘special backing from Bourdillon’, Tinubu, it would be recalled emphatically cautioned party leaders against interference and warned undemocratic elements to steer clear from the exercise on May 29th, 2021.

“Troublemakers must stay away from this election…Exercise your democratic rights but please, do not use my name as a cover”, Asiwaju stated during a brief public address.

In a subsequent statement titled: “I Favour No Candidate”, the Tinubu Media Office elaborated further, asserting that Asiwaju and members of the Lagos state APC Governance Advisory Council had met with a resolve to ensure fairness in next Saturday’s party primaries for the upcoming Local Government Elections in the state.

The statement ran thus: “Unfortunately, people intent on sowing discord and undermining democracy within the party have begun to spread lies and rumours that Asiwaju Bola Tinubu and the GAC have a list of preferred candidates for the upcoming primary elections and that the party will skew the primaries to benefit these people. We state, categorically, there is no such list nor are there any plans to influence the primaries in any manner. These stories are false and mean-spirited attempts to hurt the party.

“Asiwaju Bola Tinubu would like it to be known, by way of this statement, that he has no preferred candidates for the upcoming local government primaries. He has no intention to endorse any of the people contesting for the party nomination in any election, whether for chairmanship or councillorship positions. On this matter, Asiwaju believes he can speak for the rest of the GAC regarding their belief in the impartiality and transparency of the internal party process.

“Asiwaju Bola Tinubu and the other GAC leaders seek a free, fair, and transparent process in which the candidates who emerge are those who gather the most support among the party rank and file. Only in this manner, do we best prepare ourselves for the general election.

“For the APC, the integrity of the primary process is of the highest priority. All efforts must be geared towards the realisation of a free, fair, and transparent process. To this end, party officials are obligated to establish the necessary arrangements to ensure orderly, peaceful, free, and fair primaries. They have also been empowered to deal appropriately with any who might attempt to undermine or otherwise try to inject impair the party primaries. The party should adopt a policy of no tolerance toward any attempt to inject trouble into this primary process.

“The APC Constitution directs that the party’s candidates should emerge through direct or indirect primaries or by consensus. In order to reduce tension and avoid discord and in-fighting, aspirants should embrace consensus wherever possible.

“However, where consensus is not possible, fair and clean primaries must be held so that party members have a chance to choose the candidate they want from among the competing aspirants. All aspirants, however, must realize that only one person can win any given contest. While we encourage everyone to compete with zeal and energy, we encourage all aspirants and party members to respect the results of our primaries. Once the primaries end, we must unite as a party so that we win the general elections thereby ensuring the continuity of progressive governance at the local government level throughout the state.

“In this vein, Asiwaju appeals to party leaders in all the local governments to allow democracy to flourish. He urges them to do everything humanly possible to protect and promote the democratic process.

“Asiwaju Tinubu’s interest is in a free, fair, and peaceful process. He has no preferred candidate in the primaries. In the Lagos APC, democracy not devious rumors must be allowed to flourish!”