Youth take to streets after bandits kill 88 villagers across Kebbi 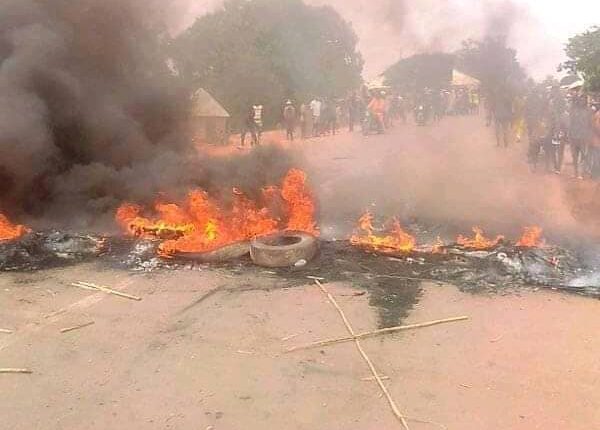 Dozens of youth across communities in Danko/Wassagu Local Government, Kebbi State took to streets and barricaded major highways after gunmen stormed the council and killed at least 88 persons and injured many others.

The victims were killed across eight communities simultaneously and the communities that came under bandits attacks were Koro, Kimpi, Haha, Dimi, Zutu, Rafin Gora and Iguenge all in Danko/ Wassagu local government area.

As gathered, the youth, who expressed their displeasure over the state of insecurity, demanded that the Federal and State governments should redouble their efforts in finding a lasting solution to the deteriorating security challenges that had crippled businesses.

The protesters, who set up burn fires on major highways in protest over the incessant attacks that have caused the death of several persons in the area, stated that the demonstration was to attract the attention of governments to their plights particularly gunmen persistent attacks.

The Guild learnt that the protest started on Saturday after news filtered in the communities that some of those that suffered severe injuries during bandits attacks yesterday have passed on while receiving treatment.

Pacifying the protesters, the State Governor, Atiku Bagudu, who visited the council, commiserate with the victims families and assured that efforts would be made end the insecurity tide across Nigeria.

The governor pleaded with the people to remain calm as government is doing all within it’s powers to restore normalcy in the area.

Earlier, the Nigeria Police, Kebbi Command confirmed that over 88 people were killed in eight villages of Danko/Wassagu local government area of Kebbi state.

The public relations officer of the Command, Nafi’u Abubakar, disclosed that the police were still gathering data and statistics to ascertain if the casualties figure was not more than what it earlier had.

He noted that the police has already deployed a detachment of officers and men from the special squad to restore peace and stability as well as to investigate and go after the perpetrators immediately.