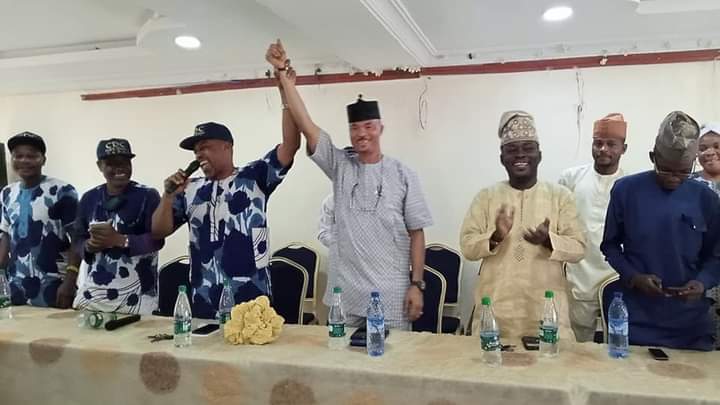 Ahead of the All Progressives Congress (APC), Lagos chapter council primaries, youth and community leaders have endorsed Egbe-Idimu Local Council Development Area (LCDA), Kunle Sanyaolu, and five councillors across the wards and declared that they believe in their competency to attract developments.

They said that decision to endorse the incumbent council chairman for another term and five councillors across the wards was based on their track records and the robust relationship the fora have had with them over the years.

While describing the relationship as very rare, the youth and community leaders, who were also members of the party, at different events declared their support and assured the aspirants of their support during the primaries scheduled for weekend.

At the fora led by Chairman, Community leaders of Egbe Idimu LCDA, Rabiu Kazeem, under the umbrella body of Community Development Committee (CDC), said “You should all go out in numbers with your APC membership card and vote massively for our Mayor and our councillors”.

The CDC Chairman also used the opportunity of the gathering to announce that the weekly CDAs meeting should be suspended till next weekend so as for all the card carrying members to exercise their civic rights.

The party’s youth wing of the council led by it’s president, Olusoji Oladipupo, stressed the need for Sanyaolu and the other five councillors to continue with the council administration.

Addressing the gathering, Oladipupo lauded the immeasurable efforts of the council helmsman, just as he noted that they have performed beyond expectations, saying, they truly deserve to complete the giant strides started years ago.

Reacting to the endorsement, Sanyaolu appreciated the support and assured that he would continue to identify with them even after obtaining the party ticket and when declared winner of polls to be conducted by Lagos State Electoral Commission (LASIEC).

The Council boss added that that the peaceful coexistence that’s already established would be sustained and more projects would be deployed across the council to ensure developments.