CBN, Bayelsa to take 3500 rice farmers, others through… 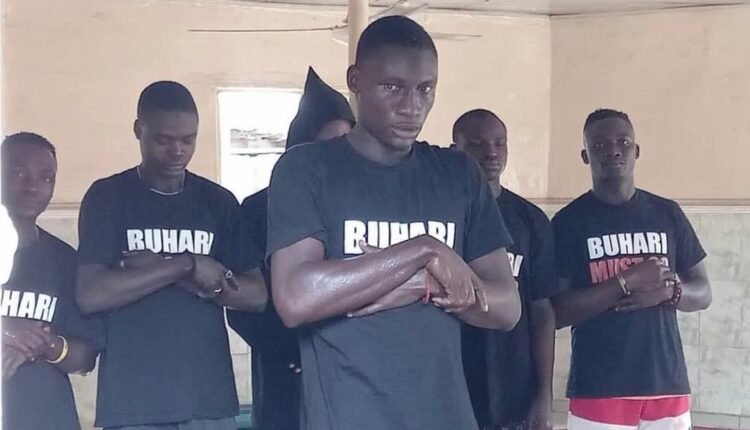 Scores of Youths have taken to streets in Federal Capital Territory (FCT) Abuja, declaring that President Muhammadu Buhari should resign from his office and allow anyone that has solutions to Nigeria’s challenges to take over the country’s leadership.

The youths, who wore T.Shirts with the inscription #BuhariMustGo, decried the inadequate water supply and electricity in the area as well as the corruption, insecurity, and bad governance ravaging the country.

During the demonstration yesterday, Muslims among the youths joined their fellow worshippers to observe Juma’at prayer service at the Central Mosque Gwagwalada Area. 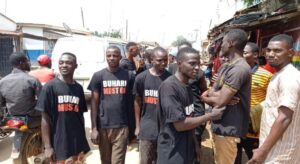 After the prayer session, the activists, who dared security operatives in the area, joined their colleagues, insisting that the President must resign from office for his alleged incompetence and hardship he had brought upon Nigerians.

The demonstration came barely four days after five activists and worshippers were released by the DSS after Court ruled that their continued detention following their arrest during a Sunday service at the Dunamis International Gospel Centre in Abuja by the church security last month.

Speaking after their release, the five worshippers argued that their arrest was allegedly facilitated by the General Overseer of Dunamis, Paul Enenche, and that he instructed the law enforcement officers not to release them, contrary to claims made by the cleric.

The anti-Buhari activists include Ben Manasseh, Anene Udoka, Henry Nwodo, Samuel Larry, and Samuel Gabriel, and they were arrested for wearing the t-shirts to a Sunday Service at Dunamis International in Ligbe, Abuja last month.

In the video monitored by The Guild, the five activists narrated how they were maltreated by the law enforcement agency particularly the food they were served in the last one months while under DSS custody.

The five activists, who were seen at the home of a former presidential candidate, Omoyele Sowore, alleged that Enenche, after realising that they wore the T-shirt within his church premises, requested the Nigerian Police to effect the arrest but they turned it down considering the allegations levelled against them.

They noted that after the effort could not work, the cleric and his aides allegedly signalled to a director of DSS who was attending the church service to assist in effecting the arrest.

According to them, it was at this time that the DSS arrived and we were picked as well as beaten while in custody with the leader of proscribed Indigenous Peoples of Biafra (IPOB), Nnamdi Kanu, and others still held. 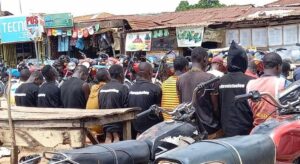 Before their release, Justice Anwuli Chikere of the Federal High Court in Abuja, had ordered that they be allowed to return home following separate ex parte applications filed on their behalf by their lawyer, Tope Temokun.

According to him, the rights are guaranteed under Sections 35, 38, 39 and 42 of the 1999 Constitution (as amended) and under Articles 1, 2, 6, 8 and 9 of the African Charter on Human and People’s Rights Ratification and Enforcement.