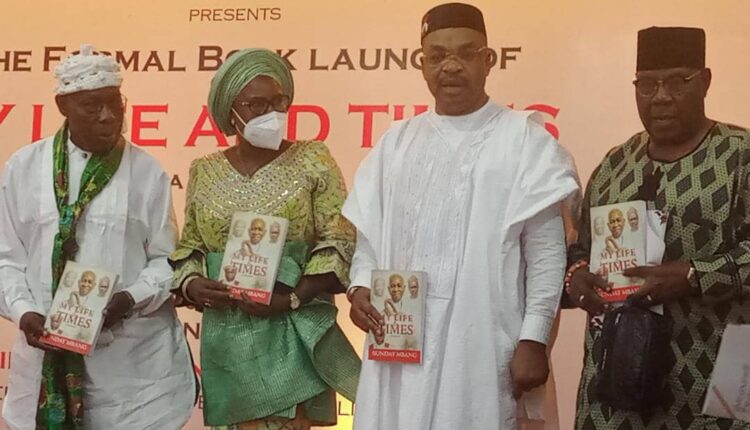 The former President, Olusegun Obasanjo, has faulted Sunday Adeyemo popularly called Sunday Igboho, and other agitators of Yoruba Nation as well as the proscribed Indigenous People of Biafra (IPOB) for demanding that the Southwest and Southeast be carved out of Nigeria, saying the secession agenda been championed on the country will fail.

Obasanjo, who spoke extensively on the importance of unity, declared that the cost of staying together as a nation was cheaper than the cost of dividing Nigeria in line with different ethnic groups.

The former president spoke at the Book Launch titled: “My Life and Times a Memoir by Sunday Mbang” organized by the Olusegun Obasanjo Presidential Library and supported by Access Bank PLC, held at the Admiralty Centre, Naval Dockyard, Victoria Island axis of Lagos.

While arguing that anyone working against the country’s co-existence would fail, the ex-President, at the event chaired by the Akwa Ibom State Governor, Udom Emmanuel, on Friday, assured the celebrant that the enemies of Nigeria would not win.

“We are here to honour somebody we should honour, and learn from him (Mbang), to show that we genuinely love and appreciate him for the service he has rendered to the Christian community in this country and the world over. And to assure him that whatever happens, we will continue to work for unity, peace, security, and progress of this country.

Through a statement by the former president’s media aide, Kehinde Akinyemi, the celebrant recalled how he became friends with Obasanjo and that since then they had become brothers, but of different mothers.

Emmanuel, while addressing the gathering, commended the former President and the celebrant for keeping together over the years, assuring that they would remain his fathers.