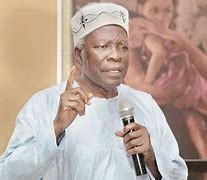 A coalition of Yoruba groups,  prominent monarchs, and leaders of thought has planned to unveil the 13th civil war anniversary to celebrate peace and unity in Yorubaland after the Kiriji War.

The celebration which was reported to take place in Ibadan would mark the beginning of the unification of the Yoruba People a well as encourage them to start living as one despite the recorded war between then during the time of their forefathers.

It was gathered that the Kiriji War, also known as the Ekiti-Parapo War, was a 16-year-long civil war between the Yoruba people in different regions, where all the sub-ethnic groups either supported the Ibadan or the Ekiti.

Prof. Banji Akintoye, Convener of the event and President-General of Yoruba World Congress, said in a statement that the war came to an end on September 23, 1886, which marked the beginning of the unification of Yorubaland as one and would now be celebrated as Yoruba National Day annually.

Akintoye said prominent Yoruba monarchs and warrior families would on Tuesday revisit the battlefields in Igbajo and Imesi Ile, Osun, and Oke Imesi Ekiti to pour libations and dedicate a foundation stone to peace in Yorubaland.

He said Afenifere chieftain, Ayo Adebanjo; Archbishop Ayo Ladigbolu of Yoruba Unity Forum, Justice Ademola Bakare (retd.), of Yoruba Council of Elders, and Prof. Adetoun Ogunseye of the National Council for Yoruba Women, are among eminent Yoruba leaders of thought that will grace the occasion.

It can be recalled that the Kiriji war broke out because of the unaccepted policies and type of administration Ibadan established after her significant role in the 1840 Osogbo war and her victory over Ijaye in1962 which indisputably pronounced her as the competent successor of the fallen Oyo Empire.