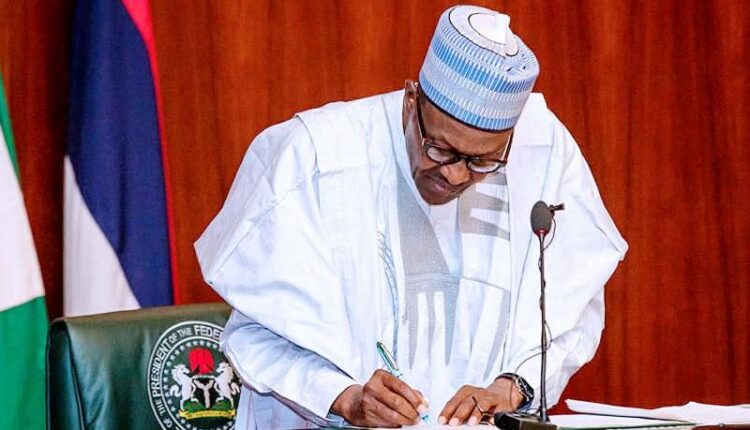 The group described the president’s decision to allow local security in his hometown to bear arms after turning down Amotekun Corps’ request as being partial and that it does not encourage justice, equity, and balance across the country.

They argued that part of the legacy the Buhari administration could give the country as the government begins to wind down was to ensure that Nigerians become united and not to further polarize it.

Yoruba Global Alliance stated that since the president decided to approve Katsina state’s request, he should have directed the governors to also arm the Amotekun outfit to protect forests and other parts of the southwest from external invaders in defense of their community.

According to the group, this self-perpetuating political impunity could lead to other states of the federation arming their security outfits illegally which may lead to uncontrolled arms proliferation in the country. And others may be forced to go underground with its dire consequences.

Through a statement released by the Director of Communications, Yoruba Global Alliance, Taju Tijani, on Tuesday, the group demanded an immediate issuance of licenses for Amotekun and other sub-regional security outfits to bear arms and defend their people.

It recommended that the president should send a bill to the National Assembly to get the much-needed state-police force established without further delay.

According to the statement, the Yoruba Global Alliance, therefore, condemns President Muhammadu Buhari’s partisan and bigoted politics of allowing the identarian rights to his home state of Katsina by arming the Special Vigilante Corps with sophisticated weapons but denying the other states of the federation same right. What is good for the goose should automatically be good for gander.

“This self-perpetuating political impunity could lead to other states of the federation arming their security outfits illegally which may lead to uncontrolled arms proliferation in the country. And others may be forced to go underground with its dire consequences.

“As President Muhammadu Buhari navigates the throes of his last leg as leader of this country, justice, equity, and balance should be his legacy and not a polarizing tactics that serve to set us apart.

“We in the Yoruba Global Alliance therefore demand immediate issuance of licence for Amotekun and other security outfits to bear arms to defend their people as is the case in Katsina State.
And now that all the states of the Federation, all traditional rulers and the National Assembly have in unison agreed on the immediate establishment of state and local government police, it is expected that the president should send a bill to the National Assembly or invoke his Executive Order to get the much-needed Force established without further delay.

The group recalled that Amotekun was created to offer security for the Yoruba land. It came into existence due to persistent, reckless, and murderous activities of Fulani herdsmen who have become an existential threat to Yoruba land. Amotekun opened a pandora’s box of deception and the crisis of our coexistence.

“The South West leaders specifically asked the President to allow Amotekun operatives to bear arms but were denied. It became a contentious issue between the Northern Caliphate and the South West. To date, that outfit is denied that mandatory necessity.

“We also remember that the Attorney General of the Federation and the Minister of Justice, Malam Abubakar Malami, in a moment of kinship loyalty to his Caliphate paymasters, issued a statement that declared Amotekun an illegal security outfit. His rebranding of Amotekun as an illegal structure generated a measure of scorn, anger, and derision worldwide”.