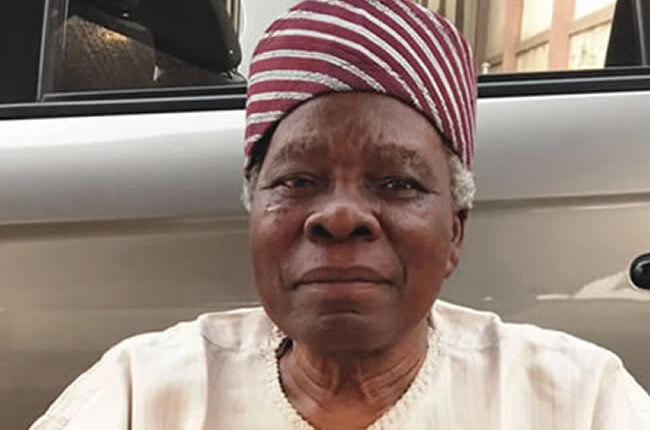 The President-General of Yoruba World Congress (YWC), Prof. Banji Akintoye, has cautioned the group members against violence that was likely to erupt during a planned peaceful liberation protest that the followers of the Yoruba group were about to embark on in and outside the country.

He advised that the well-meaning Yoruba people within and beyond the nation of Nigeria that want to stage a liberation protest on October 1st to desist from physical confrontation with the men and officers of the Nigerian Police and other law enforcement agencies.

The Yoruba group’s leader warned his followers to avoids unnecessary distraction and acts such that were capable of putting the YMC in a bad light and hinder them from achieving its aim.

Speaking to newsmen during a press briefing on Tuesday,  in Lagos, Akintoye said that reason for the group’s planned liberation protest was to address issues of gruesome killings, invasion of farmlands, and destroying of homes across the southwest by herdsmen.

The professor warned the group’s members against confrontation and distractions from people that do not share their goals and progressive, saying Yorubas, home and abroad do not need to deviate from the YMC’s message and that they must remain peaceful and law-abiding followers of the ethnic formation

“For Yoruba people at home in Nigeria and abroad, my message is to repeat my earlier messages: Please keep our rallies thoroughly peaceful. Never display any rowdy or disruptive behaviour. Never get into an argument or confrontation with law enforcement personnel. If the police anywhere ask you not to rally or to dispense, disperse peacefully.

“Always remember that your message is too important to allow confrontations or distractions. Your Yoruba nation is powerful. It commands the intellectual, human and other resources to achieve its self-determination in a peaceful and law-abiding manner. He added.