How 5G networks will boost surveillance against… 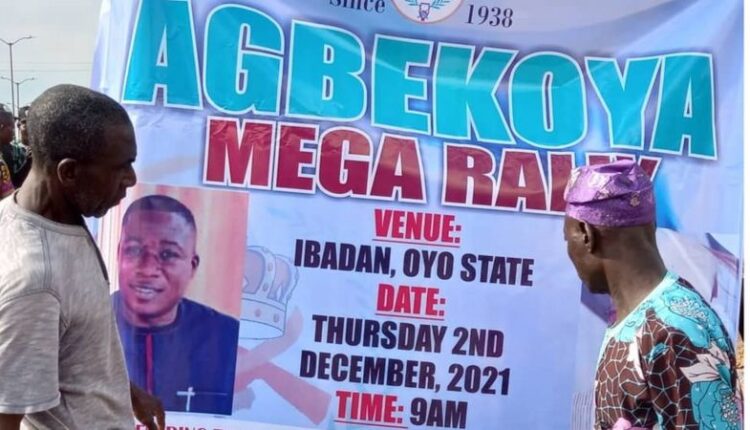 Dozens of Yoruba warriors, popularly called Agbekoya, have taken to streets to demand the release of Yoruba Nation agitator, Sunday Igboho, from detention in the Benin Republic, and that the Federal Government should jettison plans to remove fuel subsidy.

They alleged that the continued detention of Sunday Igboho by the Benin Republic authorities in Cotonou, the country’s capital, was orchestrated by the Federal Government and appealed to President Muhammadu Buhari to allow the agitator return home.

On Thursday during their demonstration, the Agbekoya’s were seen to have commenced their peaceful demonstration around Mapo hall and marched on several streets across Ibadan, the Oyo State capital, chanting different songs to appease the government.

According to the demonstrators, Sunday Igboho, did not commit any crime and should be freed as well as be allowed to reunite with his families and loyalists across the country.

Speaking on behalf of the protesters, the leader of the group, Kamorudeen Okikiola, stated that the demonstration was not to fight anyone but to request and protect the rights of all Yoruba indigenes across the country.

Okikiola added that the government should also be ready for more trouble if they failed to facilitate the release of Sunday Igboho, saying we are only asking for his release.

Aside from demanding the release of the Yoruba Nation agitator, the demonstrators cautioned the apex government not to remove fuel subsidy, saying the action would further heighten the level of poverty and hunger across Nigeria.

The group, through the statement signed by the group’s spokesman, Olatunji Bandele, and made available to newsmen earlier, also demanded that President Muhammadu Buhari-led administration should introduce policies that could reduce the unemployment rate and improve security.

The group further asked that the government rehabilitate all major roads, saying the roads are not motorable and were the reasons for the accidents increase across the country.

It would be recalled that Sunday Igboho was arrested and detained by the Benin Republic security agencies at the airport while leaving for Germany with his wife, Ropo, who had been released by the government.