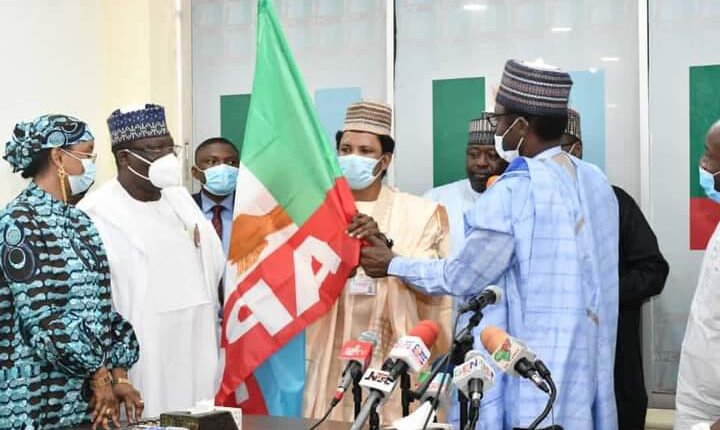 The development was coming barely 24-hours after the senator defected from the opposition Peoples Democratic Party to the ruling APC.

Presenting the party insignia to the lawmaker at the party secretariat in Abuja on Thursday, Buni said that machinery had been set in motion to ensure everything works for the advancement and acceptability of the party across the country.

This, he said, was among his commitment alongside that of his team to make the party stronger and build it to become and institution in Nigeria’s democracy.

Buni noted that the resolve was already yielding positive result as the team had been able to resolve all outstanding state chapters crisis of the party, as well as brought back into the party many top members.

English football clubs get approval to welcome fans during games