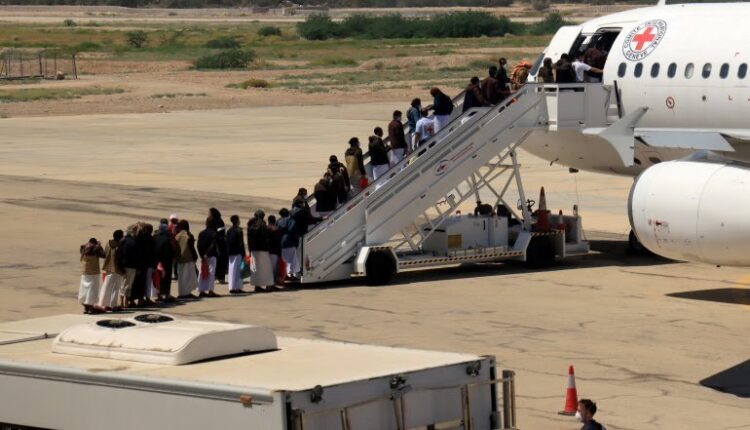 Baring any last minutes changes, the Yemen militant groups would be swapping no fewer than 1000 prisoners held across the divides, a move said to aimed at solidifying and resuming  peace talks among both groups.

Under the agreement, the Iran-aligned Houthi group would release around 400 people, including 15 Saudi soldiers and four Sudanese, while the coalition would free 681 Houthi fighters in the a trust-building measure aimed at reviving peace talks.

Confirming the development, the International Committee of the Red Cross (ICRC), said that the planes carrying prisoners exchanged by the warring parties in Yemen are set to take off on Thursday in an operation to return about 1,000 men home across the front lines.

Briefing newsmen on Thursday, ICRC Spokesperson, Yara Khaweja, said that the Saudi-led military coalition and Yemen’s Houthi movement agreed last month in Switzerland to exchange 1,081 prisoners, including 15 Saudis, in the largest swap since peace talks in December 2018 that have since stalled.

“The ICRC teams are present in different airports. The preparations are ongoing. If everything goes as planned, the release operation will hopefully happen in the coming few hours,” the spokesperson said.

As gathered, an ICRC airplane which was expected to carry Houthis released from captivity by the coalition has landed in Sayoun airport in the government-held Hadramout region.

Also, two other airplanes expected to take members of the Saudi-led coalition freed from detention by the Houthis landed in Sanaa airport.

Yemen has been mired in conflict since the Houthis ousted the internationally recognised government from power in the capital, Sanaa, in late 2014, prompting the Western-backed coalition to intervene in March 2015.

The conflict, seen in the region as a proxy war between Saudi Arabia and Iran, has been in military stalemate for years with the Houthis holding Sanaa and most big urban centres.

The war has killed more than 100,000 people and spawned what the United Nations describes as the world’s largest humanitarian crisis.

JUST IN- Obiano sacks security adviser after linking to extra-judicial killings, others