Peter Obi and his Economic Treatise 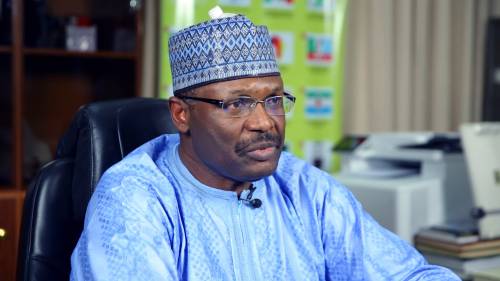 The Chairman of the Independent National Electoral Commission, Mahmood Yakubu, has taken oath office for second term of five years, saying he was more than ready to pilot affairs of the commission to greater heights.

This is coming as he disclosed that preparations had begun in earnest ahead of the 2023 general elections to ensure an improved electoral process during the exercise.

Part of the preparations, the electoral umpire boss said, was move by the commission to collaborate with the National Assembly and ensure quick the amendment to Nigeria’s Electoral Act.

Briefing newsmen after taking oath of office before commencement of Federal Executive Council meeting at the Presidential Villa, in Abuja, the early preparations would ensure the commission navigate all bottlenecks ahead.

According to him, the preparations and new modalities being adopted were part of efforts by his team to ensure electoral process continues to improve in the country.

“We have clearly demonstrated in recent elections that elections are getting better and they will continue to get better.

“Preparations for 2023 general elections have proceeded in earnest. We need certainty and therefore the electoral legal framework is fundamental, without which we cannot formulate our regulations and guidelines.

“Without our regulations and guidelines, we cannot conclude work on the manual for the training of ad-hoc staff for the elections. So from here, I am going to proceed to the National Assembly, so work begins in earnest and we have already started,” he said.