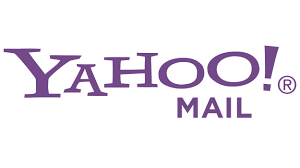 After 19 years of operations globally, a United State firm, Yahoo, has announced that concluded plans to shut down its Electronic-mail services and its website services on December 15, 2020.

Yahoo said that the decision was taken by the management after its services globally experienced a steady decline in usage and reduction in annual profits from services including adverts and others.

The development came three years after Verizon, an American firm, took ownership of Yahoo in 2017 from the previous owners of the platforms to restore its lost glories.

Verizon made this announcement known yesterday via the Yahoo Groups website and emails sent to Yahoo Group users globally to intimate them on the plans ahead for the service.

The company added the creation of new groups would be disabled as of October 12 while users will no longer be able to send and receive emails from Yahoo Groups. as well as the inaccessibility of the website from December 15th.

It said: ”Yahoo Groups has made the decision to shut down as of December 15. Yahoo Groups has seen a steady decline in usage over the last several years. Over that same period, we’ve witnessed unprecedented levels of engagement across our properties as customers seek out premium, trustworthy content.

”While these decisions are never easy, we must sometimes make difficult decisions regarding products that no longer fit our long-term strategy as we hone our focus on other areas of the business the message read further.

“Thank you for helping us build one of the earliest digital communities — we’re proud and honored to have forged countless connections over the last 20 years and played a small part in helping build your communities,” the Yahoo Group concluded.

It would be recalled that Yahoo Groups was launched in early 2001 as an integration of technology from eGroups.com and Yahoo Clubs but rising competition from social media community platforms like Facebook and Google has led to the loss in its once-massive userbase.