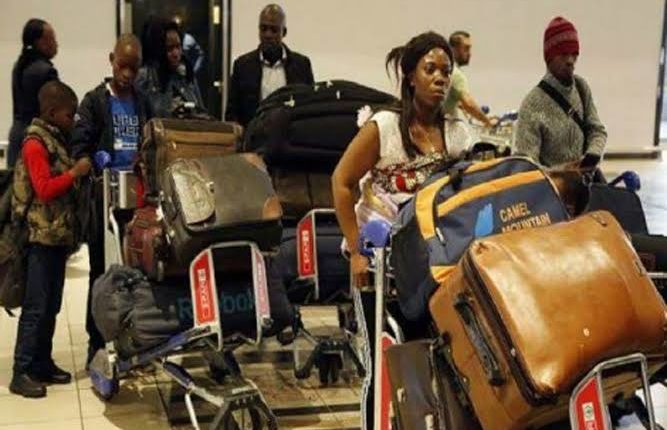 Share
By Olawale Abdul-Fatah
Former foreign Affairs minister, Prof. Bolaji Akinyemi, has demanded that the Federal Government drag the South African Government to court for instituting the xenophobic attacks on Nigerians and others.
Akinyemi’s demand came as the Federal Government intensified evacuation of Nigerians from South Africa to prevent further attacks on it citizens.
The former minister, in statement made available to The Guild on Sunday, argued that utterances and actions of public officeholders and their leaders further indicated that the attacks on Nigerians and others were condoned by the country.
“I have come to the conclusion that the Xenophobic attacks on Nigerians and other immigrants are acts sponsored or condoned by the South African state.
“I therefore call on Nigeria to sue South Africa before the International Court of Justice for failure in its duty of care and protection of Nigerian citizens resident there.
“I furthermore call on Nigeria to file complaints against specific South African officials at the International Criminal Court for aiding and abetting the xenophobic attacks”.
He noted that acts of some specific citizens and the government negates articles of international Conventions.
Listing the articles, Akinyemi said: “Article 2, paragraph 2 of the International Covenant on Economic, Social and Cultural Rights;
“Article 2, paragraph 1 of the International Covenant on Civil and Political Rights. Also, United Nations Convention on the elimination of all forms of Racial Discrimination”.
The former minister added that the country’s action further violates “the International Convention on the Protection of Migrant Workers”.
Citing instances, he said: “The anti-immigrant acts by the South African Immigration service officials which for all practical purposes amount to holding Nigerian immigrants hostage by refusing to allow them to be evacuated.
“The statement credited to Dr. Grace Naledi Mandisa Pandor, South African Minister of International Relations, that Nigerians were drug dealers.
“The statement credited to Deputy Police Minister, Bongani Mkongi that they fought for their land and that that land would not be surrendered to immigrants.
“The statement credited to the South African Defence Minister, Nosiviwe Mapisa-Nqakula that South Africa is an angry nation and that the country could not prevent the xenophobic attacks”.
He noted that aside all these, the various statements credited to South African diplomats blaming the immigrants further showed reasons the country must be prosecuted.