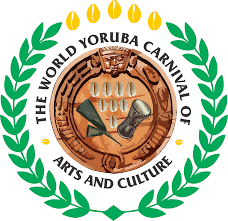 In a bid to ensure better seamless coordination during the first World Yoruba Carnival of Arts and Culture, the organisers have announced a new date for the event designed to boost the arts and culture of the Yorubas globally.

The organisers said that the celebration has been pushed forward to between April and May 2022, due to the need to provide ample time for Yorubas in diaspora to fully mobilize for meaningful participation in this historic reunion, been organised to celebrate the race, as well as the resilience of the Yoruba culture on the ascent globally.

As gathered, the carnival’s central planning committee had earlier been scheduled for February 2022 to bring millions of Yorubas together including the former President, Olusegun Obasanjo.

According to the committee, the 3rd to 6th of February 2022 will be used to deliberate on the comprehensive programme of the 2022 Carnival, and that Abeokuta, the Ogun State capital, has been picked as the host venue of the carnival events.

The committee emphasised that the carnival would bring together the largest gathering of Yoruba peoples from across the globe including Africa, North America; the South and Central America continents.

“It is a festival of music, dance, drama, calisthenics, cultural processions, exciting arrays of foods and culinary delights, artistic and academic endeavor, tours, exhibitions, symposia, and the total celebration of cultural and historical values and achievements”, the committee added.

Meanwhile, the committee described the supports and commitment received from traditional rulers including Ooni of Ife, Oba Adeyeye Ogunwusi, Alaafin of Oyo, Oba Lamidi Adeyemi, and Oba Adedotun Gbadebo, the Alake of Egbaland, among other notable traditional monarchs, as immeasurable.

Part of the statement reads: “The support to the cause of the reinvigoration of the racial bond of the Yoruba globally has also been greatly enhanced by the unwavering commitment of all the Executive Governors of the South Western states with whom we have been in constant interaction as the preparations for the celebration have evolved.

“In this connection, the Committee also wishes to put on record the indefatigable role of community leaders, influencers, and opinion molders among Yoruba communities in Kwara, Kogi, Edo, and Delta states.

“We, therefore, take the opportunity to record the Central Planning Committee’s limitless appreciation of the assured spontaneity in the positive responses of Africa’s leading statesman to the cause of the Carnival of the Yoruba.

“All members of the Central Planning Committee, including all Sub-Committee heads, as well as the Carnival Chairman, Dr. Tunde Adegbola, the Coordinator-General, Otunba Femmy Carrena, the Director of Carnival, Prof. Ademola Araoye, and the Secretary Mr. Oluwaseun Olayiwola, are expected to be in attendance.