Buhari places over 2m IDPs resettlement, others on priority… 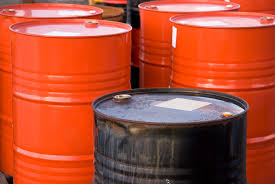 Crude oil prices have risen by 10 percent following efforts by the American President, Donald Trump, to initiate mediatory talks between warring oil giants, Saudi Arabia and Russia with hopes to put an end to the impasse which had caused slump in oil prices worldwide.

It would be recalled that the oil war had been triggered by breakdown in talks between the Organisation of Petroleum Exporting Countries (OPEC) and Russia, which led to a free fall in oil futures with price per barrel dropping by over 30 percent.

Trump revealed that he had held recent discussions with leaders from both warring countries, and that plans had been made to conclude deals which were expected to end the oil price battle, reduce oil glut situation and bring price per barrel back to its regulated price.

The world leader hinted at success of the dialogues, stating that the world would see positive changes in the oil price situation within a short while, and that the US was also set to provide needed aid to mitigate effects of the oil price slump on the petroleum export industry.

Trading futures on Thursday recorded Brent crude rise of more than 12 percent in early trading, with price going as high as $27.88 per barrel while U.S. West Texas Intermediate (WTI) crude futures rose to $22.10 per barrel, later easing to $21.89.

Oil market trade leader, Bjornar Tonhuagen, who described the price rise as a positive development, however stated that it might not be sustainable but could later yield to further slump.

“Oil prices are seeing their biggest gains in two weeks this morning. There are two key factors both of which, however, are not enough to save oil prices from further declines,” he said.