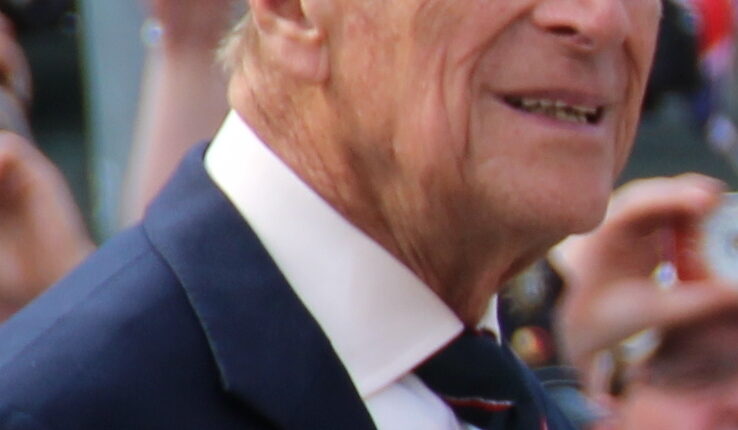 Prince Philip, the husband of Queen Elizabeth who played a leading figure in the British royal family for almost seven decades, died aged 99.

The Duke of Edinburgh, as he was officially known, had been by his wife’s side throughout her 69-year reign, the longest in British history, during which time he earned a reputation for a tough, no-nonsense attitude and a propensity for occasional gaffes.

“It is with deep sorrow that Her Majesty The Queen announces the death of her beloved husband, His Royal Highness Prince Philip, Duke of Edinburgh,” Buckingham Palace said on Friday.

Johnson said that the Duke of Edinburgh “earned the affection of generations” at home, in the Commonwealth, and across the world. “We give thanks, as a nation and a kingdom, for the extraordinary life and work of Prince Philip, Duke of Edinburgh,” he added.

Former prime minister, Tony Blair, hailed Philip’s public service, calling him “a man of foresight, determination, and courage”. “He was often way ahead of his time in protection of the environment, in reconciliation between religious faiths,” he said, hailing his environmental work.

Also, former US president, George Bush, said that Philip had represented his country “with dignity”, honouring his “remarkable life”. “He devoted himself to worthy causes and to others. He represented the United Kingdom with dignity and brought boundless strength and support to the sovereign,” Bush said in a statement.

On his part, the Irish Prime Minister, Micheal Martin, said that he was “saddened” by Philip’s death, adding: “Our thoughts and prayers are with Queen Elizabeth and the people of the United Kingdom at this time.”

Australia’s Prime Minister, Scott Morrison, ordered flags to be flown at half-mast in his country after the passing of Philip, who he said “embodied a generation that we will never see again”.

“The Commonwealth family joins together in sorrow and thanksgiving for the loss and life of Prince Philip. God bless from all here in Australia,” said the leader of the Commonwealth nation.

“He had a distinguished career in the military and was at the forefront of many community service initiatives. May his soul rest in peace,” the leader of the Commonwealth country tweeted.

Germany’s Foreign Minister, Heiko Maas, called Philip a loyal servant to the United Kingdom who “lived a long life of service to his country”. “We are deeply saddened by the loss of His Royal Highness Prince Philip. Our thoughts and prayers go out to the Royal family, the people of the Commonwealth, and all who loved him dearly,” Maas tweeted.

Also, the European Union Commission head, Ursula von der Leyen, in a post on her social media page said that she was “saddened to hear of the passing of His Royal Highness Prince Philip”.

“I would like to extend my sincere sympathy to Her Majesty The Queen, the Royal Family and the people of the United Kingdom on this very sad day.”

Israeli Prime Minister, Benjamin Netanyahu, expressed his “deepest condolences” the the Royal family. “Prince Phillip was the consummate public servant and will be much missed in Israel and across the world,” he wrote.

Maltese Prime Minister, Robert Abela, said that he was “truly saddened by the loss of Prince Philip, who made Malta his home and returned here so often”.

“Our people will always treasure his memory. Our sincerest condolences to Her Majesty The Queen and to the @RoyalFamily,” he said on Twitter.

Swedish King, Carl XVI Gustaf, said that he was “deeply saddened” to learn of Philip’s death, calling him “a great friend of our family for many years, a relation which we have deeply valued”. “His service to his country will remain an inspiration to us all,” he said in a statement.

The head of UNESCO, Audrey Azoulay, in a social media post sent her “sincere condolences” to the royal family and the United Kingdom after Philip’s death.

“His Royal Highness Philip was a pillar of English modern history and a strong advocate of Planet action through the Duke of Edinburgh Conservation Award. He will be missed,” Azoulay wrote.