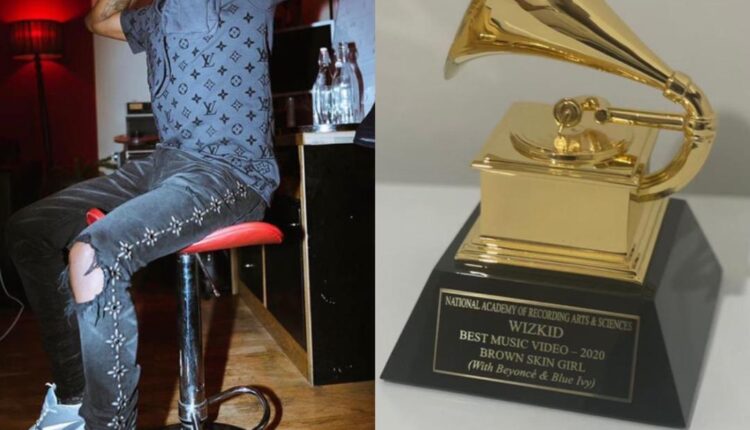 Nigerian singer and songwriter, Ayodeji Balogun, popularly known as Wizkid, has finally taken delivery of his Grammy award, months after winning the most coveted award.

The 30-year-old music star win at the Grammy was announced in March after “Brown Skin Girl” won the Best Music Video category at the 63rd Grammys. The Starboy became the only contemporary Nigerian musician besides Burna Boy to have bagged a Grammy award.

Wizkid, who made the delivery of the award known on his official social media handle on Wednesday, disclosed his Grammy awards plaque without a message to his music lovers.

One of his associates, Tufab, who took to his Instagram account to share a photo of the just delivered Grammy Plaque, said Wizkid has received his plaque, which he won after he was featured on American musicians’ hit “Brown Skin Girl”.

It would be recalled that at the beginning of the year, two of Nigeria’s most successful performers, Wizkid and Burna Boy, were honored for their hard work at the 63rd Grammy Awards. Wizkid is claimed to have received his prize plaque today, while Burna Boy received his a few days ago.