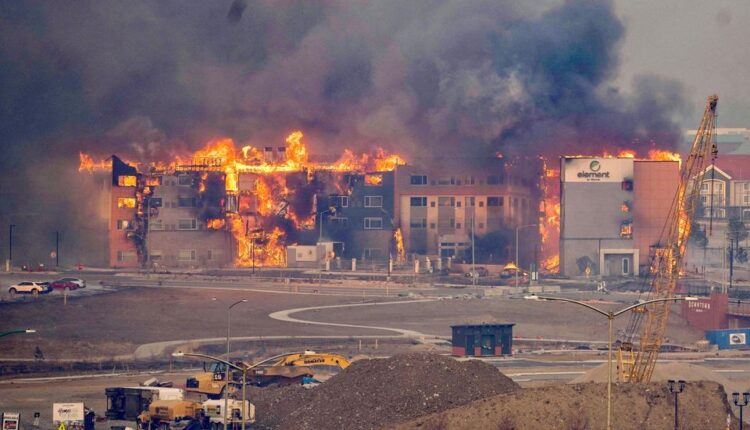 A fierce, wind-driven wildfire has left 500 families homeless, destroyed communities, left thousands of people with varying degrees of injuries and prompted the evacuation of tens of thousands of residents in two towns east of the Rockies near Denver, USA.

The swiftly spreading prairie grass fire was said to have been ignited by sparks from power lines and transformers toppled by high winds on Colorado’s drought-parched Front Range.

While reacting to the incident, the Governor of Colorado, Jared Polis said that the flames were consuming football fields of landscape in a matter of seconds, calling the conflagration “a force of nature.”

Confirming the incident Yesterday, Boulder County Sheriff, Joe Pelle stated that evacuation orders were first issued for all residents in the town of Superior, Colorado, with a population of about 13,000, and a short time later for the adjacent municipality of Louisville, home to more than 18,000 residents.

Pelle said an entire subdivision of 370 homes went up in flames west of Superior, and that 210 dwellings were lost in the Old Town area of Superior, along with additional residences in the area. Property losses also included a shopping center and hotel in Superior.

The sheriff added that the gale-force winds made it impossible to halt the fire’s rapid advance, adding that fire and emergency personnel were “essentially running ahead of this just trying to get people out of the way, adding that tens of thousands of area residents were under evacuation orders.

The sheriff said he had no reports of people missing and no deaths reported.

Separately, the National Weather Service office in Boulder had tweeted on their social media handle:”All Superior under an Evacuation ORDER. LEAVE NOW!