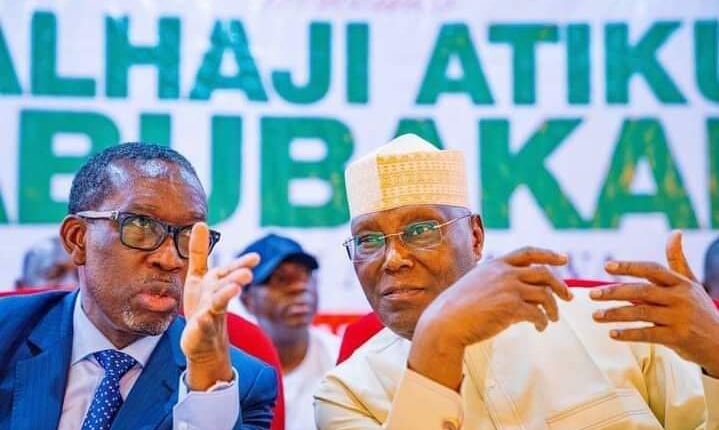 Barely a week to the kick-off of campaign for the 2023 general election, the presidential candidate of the Peoples Democratic Party (PDP), Atiku Abubakar’s plans to commence voters engagement has suffered a major setback after some current and former state governors under the umbrella of Rivers State governor, Nyesom Wike’s group pulled out from his team.

They said that their decision to pull out was based Atiku’s decision to kick against their request that the party’s National chairman, Iyorchia Ayu, should resign for equity and fairness in the PDP.

According to them, none of us will participate in whatever capacity in the Atiku’s campaign council unless Ayu resigns for a southern candidate to emerge and pilot PDP’s National Working Committee (NWC) affairs.

Some members of the group were recently appointed as leaders and members of the campaign council for the party’s presidential candidate, Atiku Abubakar.

Although the Benue State Governor, Samuel Ortom, and his Abia counterpart, Ikezie Ikpeazu, were both not at the meeting but were said to be insupport of the new development in the party.

Addressing journalist after the meeting, George said that they have waited enough for the presidential candidate to take decision but rather backed the current arrangement in the party.