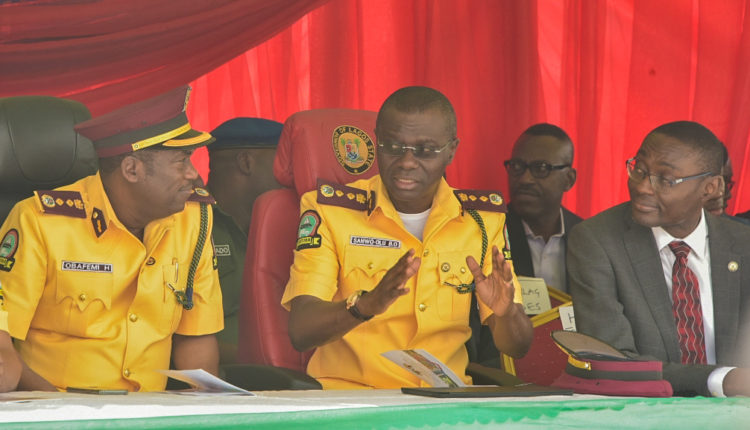 Apparently reacting to criticism that had trailed ban on activities of commercial motorcycle operators popularly called Okada riders and tricycle operators also known as Keke Napep in Lagos, the State Governor, Babajide Sanwo-Olu, has said that the action was for safety of over 20 million residents of the state.

Sanwo-Olu’s justification of the ban came hours after clashes broke out on Wednesday between commercial motorcycle operators popularly called Okada riders and men of Nigerian Police in Iyana-Ipaja axis of Alimosho Local Government.

The governor justified the policy that restricted activities of Okada riders and Keke Napep operators in 15 councils at the passing out parade of officers of Course 10, Lagos State Traffic Management Authority (LASTMA) in Oshodi.

“I wish to use this opportunity reassure Lagosians that the recent policy on restriction of Okada and tricycles in some parts of the State, is not intended to inflict pain on the people. The policy was conceived and implemented with the interest, welfare, and safety of Lagosians in mind”.

Sanwo-Olu stated hinted that while deliberating on the policy, transportation measures to mitigate hardship that could arise after the ban was also set in motion, saying, part of the work to relief residents include work to be done by this newly recruited 1, 017 LASTMA officers.

“Aside them, we are rolling out palliative measures to minimise the initial and temporary discomfort that this decision may cause to commuters. We have recently added 65 new buses to our fleet, and more are coming. We have also charged the contractors working on the various road and traffic improvement projects across the State, to expedite action.

“Part of the transportation relief that Lagosians are eagerly looking forward to will also be dependent on the work that you do, as I noted earlier. Keep this in mind as you take up your new postings and assignments across the State.

“I urge you all to see your recruitment as an opportunity to serve and contribute to the economic development of Lagos State. You must be able to see a clear connection between the work that you do on a daily basis, and the economic productivity and prosperity of the State.

“When you successfully ensure a free flow of traffic and reduce travel time, what you are doing is ensuring that valuable hours that would have been lost to traffic jams can be redirected into productive work – which makes itself felt in the economic output of Lagos State.

“Even as Lagos is by far Nigeria’s largest economy and one of Africa’s largest, there is still a lot of room to grow if we unlock the potential being held back by such challenges as traffic bottlenecks. For this reason, you have to see the work that you do as very important. You must now allow anything to undermine your commitment to excellence.

“Let me assure you all that our administration will continue to support you with the tools and motivation that you will require to enhance your performance. Your welfare and safety will be our priority” the governor added.