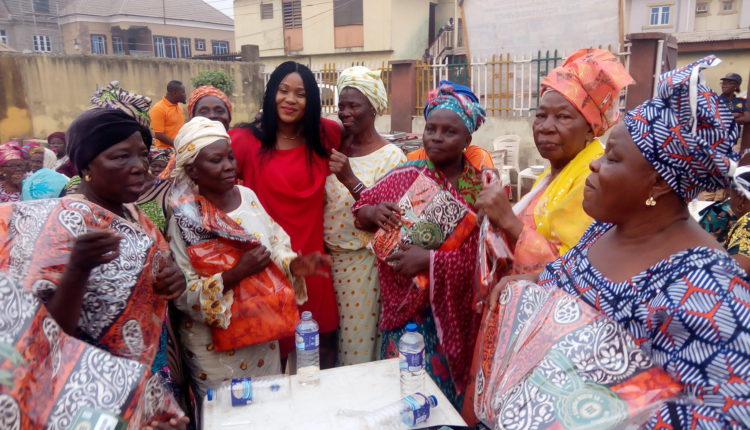 A Non Governmental Organisation (NGO) Touch of Love and Lifting Hands Foundation, has expressed concerns over increasing neglect of elderly in the country, resulting to loneliness and depression.

The claim by the NGO was after a survey to examine causes of health challenges often suffered by elderly citizens in the country.

Founder of the NGO, Mrs Atinuke Owolabi, raised the concern at a Valentine Day celebration with people above 70 years at her old people’s centre, Ifako-Ijaiye, Lagos.

Owolabi said the survey, conducted through visits to homes of different old people in the country, revealed high rate of loneliness among the elderly.

The founder said that the continued neglect has made several of the senior citizens suffered depression.

“What we have found out was that larger per cent of them are lonely at home because they do not have someone they can share their feelings with.

“Some of them are at home crying because their children have travelled and do not have enough time for them.

” Some of them have money but they do not know how best to spend it. Money is not everything,” she said.

Owolabi added:”Many Nigerians do not see the reasons to take good care of their elderly and that is wrong.

“We visited a woman recently who was financially comfortable but needed people to associate with, especially those that she could share her thoughts with.

“It is sad seeing people that were active before but left alone at home at old age without anyone to talk to and share their feelings”.

Owolabi noted that, if properly taken care of, the elderly would continue to contribute their quota towards moulding next generation of leaders.

She stressed that their advice would help to mould the youths and their prayers would salvage the nation from its challenges.

The founder, who is a fellow of the Nigerian Society of Engineers, urged private individuals, federal and state governments to support the NGO towards caring for more senior citizens.

She said that the NGO undertook various welfare, recreational and healthcare activities for the elderly and needed support.

“I enjoin governments and private individuals to support us in order to reach out to more elderly citizens in other states,” Owolabi added.

Earlier, a cleric, Pastor Oluseyi Afolayan, advised the elderly in the home against moodiness and thinking which he said could lead to ailment and untimely death.

News Agency of Nigeria (NAN) reports the senior citizens were treated to sumptuous meals, variety of music to remind them of their youthful age and as well given various gifts items.