JUST IN: Lagos police beefs up security across motor parks… 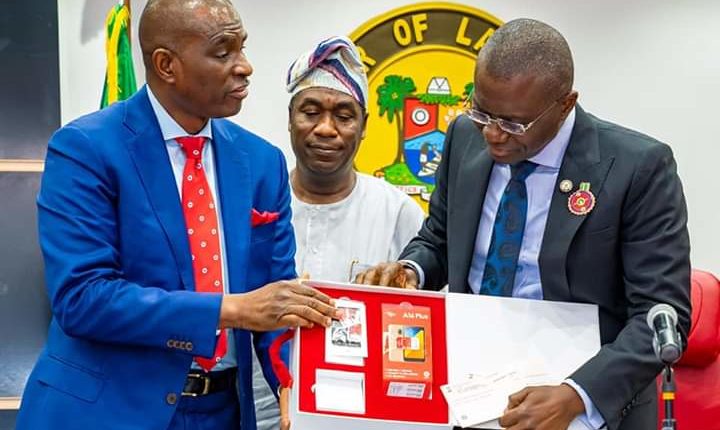 Share
By Olawale Abdul-Fatah
In its bid to revamp the state education system, Lagos State Governor, Babajide Sanwo-Olu, has stressed need for deeper collaboration between the government and the private sector to improve education standards.
Sanwo-Olu added that the private sector could collaborate especially with Lagos State Government on any aspect to boost the status of public schools in the state.
The governor made the call on Wednesday when management of Airtel Nigeria led by the Managing Director, Chief Executive Officer Segun Ogunsanya paid a courtesy visit to his office at the Lagos House, Ikeja, to redeem their promise of donating 1,000 Handsets, sim cards, airtime and undisclosed amount of money to the Lagos State Security Trust Fund (LSSTF).
Sanwo-Olu who commended the telecommunication company for redeeming its promise to donate to the state’s security trust fund, saying the gesture will help to reposition and strengthen the security architecture of the state with high level of technology.
He said the state government was excited to know that the telecom company has adopted a school in the state and also refurbished so many other facilities as part of its Corporate Social Responsibility, saying the company can do more by adopting more schools in the three senatorial districts.
“We are not in any way abdicating our responsibilities we have got over a thousand of them. We have to take early vacation for our primary schools because of the high level of training for our teachers. Right now as we speak we are training over 4,000 primary school teachers on an intensive and curriculum review training and learning culture. Once they come back next year they are not only going to have a well refurbished classrooms but teachers well trained and motivated with real skills and tools to work with.
The governor reminisced that that the state government has had a robust relations and was a shareholder in the company when it was Econet Nigeria before it changed ownership, saying it was an investment that yielded a very good return for the state government at that time.
“We are excited that you are still with us , that we can still call you our friend. And more importantly you have also demonstrated that you are not just a partner that you are a responsive corporate organisation. You have demonstrated to us that without you been notched that you have being carrying out your Social Corporate Responsibilities as a company on a regular basis.
He said, “ On behalf of the 22 million Lagosians who you have actually done this to , I want to thank you ,thank you so very much for keeping faith with us.’’
Earlier, the Managing Director Airtel Nigeria, Managing Director, Chief Executive Officer, Segun Ogunsanya  said they have come to redeem their promise to donate to the Lagos State Security Trust Fund , saying they have been in the forefront of supporting the state government and the residents.
Ogunsanya said available statistics revealed that the company has paid a payee tax of about N1.1 billion to the state government as of November this year, saying they had received letter of commendation from Lagos Inland Revenue Service as tax complaint firm.