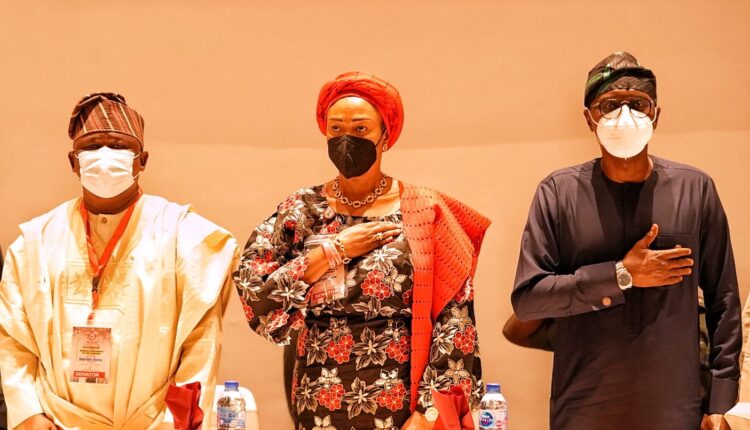 Aside from special economic status, the governor also explained the important need for state policing system adoption and entrenchment of true fiscal federalism in Nigeria.

Sanwo-Olu noted that with the position of Lagos and its population, it was important the Federal Government give it special preference by recognising its contribution through special economic status.

The governor made the demands at the opening of the two-day Senate zonal public hearing on the review of the 1999 Constitution under the leadership of Senator Oluremi Tinubu, held at Marriot Hotel, Ikeja in Lagos State.

Sanwo-Olu also commended the leadership and members of the National Assembly for responding to the concerns of Nigerians on the need to carry out a review of the 1999 Constitution to reflect current realities.

According to him, for us in Lagos state, the issues of state police and fiscal federalism are at the top of the priority list for us, in this ongoing review process.

“Equally fundamental, particularly for us in Lagos State, is the issue of a Special Economic Status for Lagos, considering our place in the national economy and the special burdens we bear by virtue of our large population and limited landmass.

“I believe the need for this Special Status has been sufficiently articulated and justified. It suffices for me at this point to restate that this request is by no means a selfish one, but one that is actually in the interest of every Nigerian and of Nigeria as a nation.

Sanwo-Olu also called on all Nigerians within the zone being covered by Senate Committee on Constitutional amendment to embrace the opportunity of the zonal hearing so that their voices and opinions will count in the amended constitution that will emerge.

He said: “This constitutional amendment process will provide Nigerians the opportunity to express their minds on the issues they want to see reflected in the Constitution of the Federal Republic of Nigeria, either by way of amendments to existing provisions, or entirely new provisions.

“This is another opportunity to build on the work that has been done so far. I should note that many of the issues that have been agitating the minds of the various stakeholders in the Nigerian project are already in the public domain. However, this Zonal meeting provides an opportunity to articulate and express them again, in the hope that this particular process will produce favorable outcomes.

“According to the National Assembly, the primary issues on the table for this Public Hearing include Increased Participation of Women and Vulnerable groups in governance, Local Government Administration and Autonomy, State Police, Fiscal Federalism, and Revenue Allocation, Judicial Reforms, Electoral Reforms, Residency and Indigene-ship, Constitutional Roles for Traditional Rulers, and many more.”

The governor who commended the leadership and members of the National Assembly for responding to the concerns of Nigerians on the need to carry out a review of the 1999 constitution to reflect current realities, assured them of the state government support in any way necessary to make the assignment easier and highly rewarding for all Nigerians.