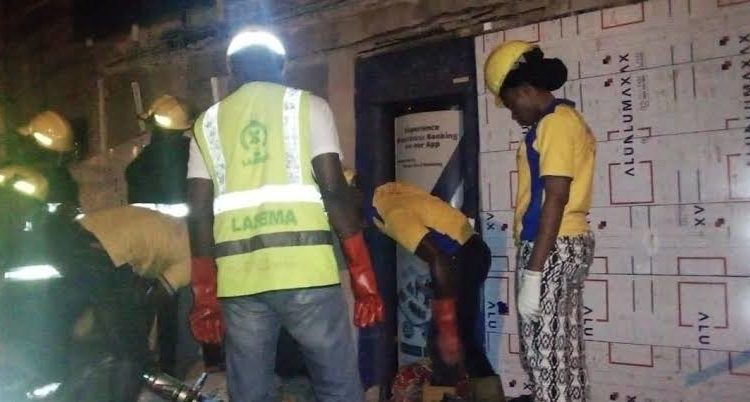 Share
By News Desk
After completing evacuation exercise at the site of collapsed Keystone bank building, Lagos State Emergency Management Agency (LASEMA) has disclosed that the three-storey building caved in due to inadequate reinforcement.
LASEMA argued that the collapsed building which claimed the life of a 35years old artisan was not properly reinforced after new structures were added to it.
The agency, in a statement by its Public Affairs Officer, Nosa Okunbor on Monday, stressed that the collapsed building was under renovation when it caved in on Saturday.
He said: “The Concrete canopy attached above door level on ground floor collapsed was due to inadequate reinforcement under the weight of concrete and probably was added on as an afterthought!
“The workers were working this evening around 6-7pm. One of the artisans was apparently polishing the floor tiles, whilst another was at the top rendering.
The canopy collapsed on the artisan on ground level”.