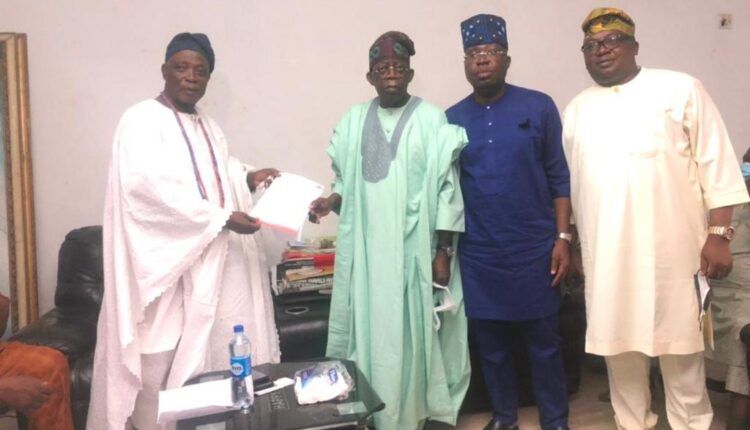 As the number of presidential aspirants for the 2023 election increased, the national leader of the All Progressives Congress (APC), Bola Tinubu, has expressed confidence that the number does not intimidate him and that all he needed to become Nigeria’s next president is support of the masses.

Tinubu noted that the positive comments received from the masses especially from critical stakeholders on his interest in running for president of the country were good omen that count for him during the poll.

He stated this yesterday when he visited Oyo State former governor, Rashidi Ladoja, in Ibadan, the state capital, to commiserate with him over the demise of Olubadan of Ibadanland, Oba Soliu Adetunji.

The former Lagos governor had announced on January 10, that he had informed Presidential Muhammadu Buhari of his decision to contest the presidency.

Expressing a strong conviction that he would win at the poll, Tinubu that said he was aware of the challenges ahead, but strong believe that he would emerge victorious.

“The reactions of critical stakeholders to my presidential ambition have been very positive, encouraging, and overwhelming and these have spurred me on with the strong conviction that we would succeed and emerge victorious after the election.

“Life itself is a challenge and I have the confidence and capacity to wade through challenges and overcome. We are forging ahead and with the strong support of the masses of Nigeria, we are going to achieve resounding victory.”