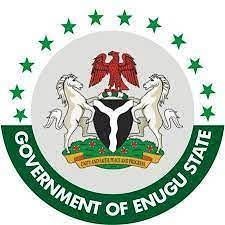 The government of Enugu state has disclosed that plans are ongoing to resolve issues raised by striking primary school teachers n the state. The government noted that negotiations with the Nigeria Union of Teachers (NUT) have been fruitful and progressive adding that academic activities in primary schools will be back to normal.

The government said that the negotiation process with the NUT is at its final stage and the process of implementing the new wage for the striking lecturers is in process.

The state Commissioner for Education, Uchenna Eze, said It is impatience on the part of the teachers to continuously embark on strikes when both parties are recording progress in the negotiation.

”It is impatience on the part of the primary school teachers to embark on the strike when we were making serious progress. We are at the final stage of concluding the ongoing negotiations. The ministry and the union will definitely resolve the issue very soon and our children will get back to school to resume the third term academic activities,” he said.

Recall that the state government had in an originating summons with number NICN/EN/01/2022, against the NUT, asking the court to bar the teachers from embarking on any strike on the ground that they were essential workers.

The government, however, lost the suit, as the National Industrial Court (NIC) ruled that the teachers could go on strike as they were not essential duty workers, as alleged by the government. Dismissing the suit, the NIC accused the state government of discriminating against primary school teachers.

The Guild earlier reported that NUT directed primary school teachers in the state not to resume for the 3rd term, 2021/2022 academic session with effect from May 9, until the N30,000 National Minimum Wage is paid to their members.

JUST IN: Ngige steps down 2023 presidential race ahead APC primaries