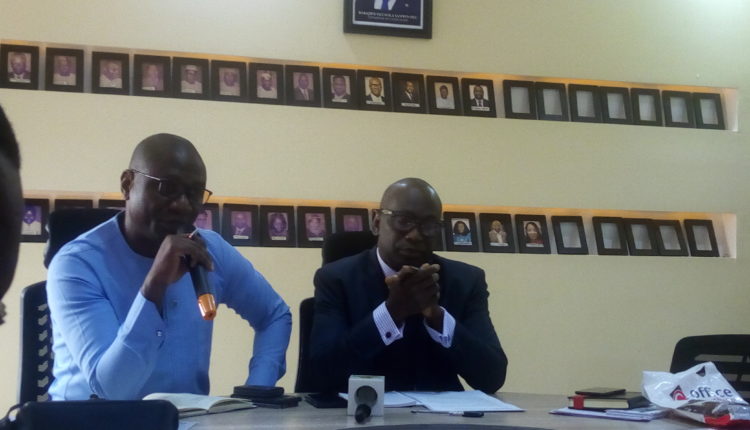 Lagos State Government has clarified its decision to implementation sections of  2018 traffic law on Commercial motorcycles popularly called Okada riders and Tricycle operators also known as Keke Napep, stating that the operators were not banned but restricted in six Local Governments, on highways and bridges.

According to the government, decision to place restriction on their activities in six councils and some selected routes was basically to ensure safety of lives and properties of over 20 million residents in the state.

Commissioner for Information and Strategy, Gbenga Omotoso, who was represented by the ministry’s Permanent Secretary, Sina Thorpe, gave the clarification on Thursday during a chat with newsmen in Alausa Secretariat, Ikeja, stated that government would not have embarked on the restriction but figures of causalities recorded by state owned hospitals were very high for government to ignore since it major responsibility was to protect it residents.

Omotoso explained that areas that had fallen under restrictions accounted for less than four million commuters, a figure less that 12 percent of Lagos’ projected population of 27 million, and that measures were already being put in place to ensure seamless commute for those who lived in such areas or worked there.

“We have not banned commercial motorcycles and tricycles, we have merely implemented an existing law which limits their operations on highways, bridges, and in specific local government areas  and local council development areas in the state.

“Lagos has registered high accident rates caused by recklessness of these restricted modes of transportation, with many  of our citizens dead, maimed or hospitalized as a result, something had to be done for the safety of our citizens. No responsible government will sit still and watch its citizens being killed on a daily basis”.

He divulged that running security concerns had also necessitated government’s decision, stating that there had been a sudden influx of illegal aliens in the state, who seemed to constitute a mini-army of motorcycle riders and tricycle operators, and that several intelligence reports had pointed to high security risks in their unfettered movement around Lagos state.

“There had been a sudden rise, almost overnight, one would notice huge trucks bringing these illegal aliens into the state. This raised many security questions, and investigations had been made to determine that it was in best interest of the state to curb their activities.

“This matter has been choice we had to take between economic concerns and the health and security of our people, we chose you, the people of Lagos State”.

Also present at event, the Executive Assistant on New Media and Public Relations, Micheal Fafore, explained that measures had been put in place to ease transportation for commuters and bring Lagos to smart city status as envisioned by Sanwo-Olu administration.

Fafore, who described recent ongoing as birth pains necessary for growth and development, stated that air-conditioned shuttle buses had been  provided by government, with more soon to be available, as well as expansion of Lagferry operations to accommodate more commuters and relieve traffic gridlock in the state.

“What we all are experiencing now can be likened to birth pains, and is necessary if Lagos is to become the  smart city state we all look forward to,”

“Government is not oblivious what people are going through, so to ease the stress of commute there has been an expansion of Lagferry operations with addition of four large capacity and state of the art boats. There has also been the provision of small air conditioned  buses to help fill in the gap that has been created by this restriction. These buses are by no means exhaustive, more are coming,”

He confirmed that reports had reached state government  of abuse of power and excessive implementation by some overzealous policemen and task force members, and assured members of public that steps had been taken to put an end to such incidents, and that all offending officers would faced punitive charges.

Fafore urged residents of Lagos to stay vigilant and support government in its drive to build a smart city that would work for all, saying, I make this call to all Lagosians, let us stay vigilant and reach out to the emergency toll free lines whenever we discover any strange occurrence or to divulge pertinent information on happenings within your community.

“Be assured that any information you give will be properly attended to, and you would be held in the highest regard as a concerned citizen of out great state”.