We are prepared to attack U.S anywhere- Iran leader, Khamenei, 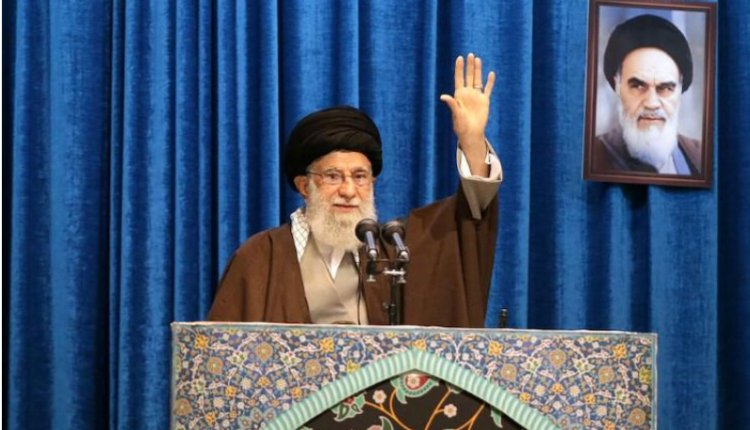 Worried by unrest in Iran after the attacks, Khamenei, in his first Friday prayers sermon in eight years, told thousands of Iranians who chanted “Death to America” that European states could not be trusted after they launched a nuclear agreement dispute mechanism.

“Resistance must continue until the region is completely freed from the enemy’s tyranny,” Khamenei said, in a reference to the United States that renewed his call for U.S. troops to leave neighboring Iraq and the wider Middle East.

Washington’s withdrawal in 2018 from Tehran’s nuclear deal with world powers and the reimposition of U.S. sanctions has triggered an escalation in tensions over several months that briefly led to open conflict in January.

“The fact that Iran has the power to give such a slap to a world power shows the hand of God,” said Khamenei, in a reference to the strikes, adding that the killing of Soleimani showed Washington’s “terrorist nature”.

“The Quds Force is a humanitarian organization with human values that protects people across the region,” Khamenei said. “They are fighters without borders.”

While calling for national unity, Khamenei described U.S and its allies as enemies, who tried to use the downing of Ukraine International Airlines flight 752 to shift attention from the killing of Soleimani.

Khamenei described the crash as a tragedy and called for steps to ensure there was no repeat.

The funeral of Soleimani, long portrayed as a national hero but seen by the West as a ruthless adversary, had brought huge numbers of Iranian mourners to the streets.

But scenes of mourning for Soleimani were followed by four days of protests over the plane disaster when demonstrators chanted “Death to Khamenei” and “Clerics get lost”.