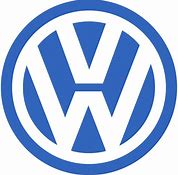 Foremost German automobile maker, Volkswagen Group, has announced the closure of its factories in Europe and suspension of production in other outlets in response to threat posed to its workforce by the novel global pandemic, coronavirus.

The car making company said it is set to suspend production in its factories in Spain, Italy, Portugal and Slovakia, while shutting all other Europe factories, adding that its decision was fueled by market uncertainty posed by the deadly coronavirus as well as health risks posed by staff continued work appearances.

It explained that the pandemic fallout had surpassed world expectations, and negatively impacted performance forcasts for the year and that such made it imperative to shut down plants and watch how things unfold during and after the coronavirus menace was controlled.

The multi-brand vehicle group stated that coronavirus contrains necessitated a reduction in physical contact and discouraged people being in close proximity, adding that such conditions were impossible to meet if its workers remained at the plants and that as such, its decision to suspend production and shut factories would ensure that staff could self-quarantine and stay safe from possible contagion.

Chief Executive Officer of the group, Herbert Deiss, made the announcement while speaking to newsmen in the country on Tuesday, and reiterated that the company was as much concerned about the health and wellbeing of staff as it was with making a profit, and that though the decision to shut down production would affect the brand economy, it had been decided as the best path to take under current circumstances.

Deiss said that production would be halted at VW’s Spanish plants, in Setubal in Portugal, Bratislava in Slovakia and at the Lamborghini and Ducati plants in Italy before end of the week and that production suspension would be implemented within a three week time frame.

“Given the present significant deterioration in the sales situation and the heightened uncertainty regarding parts supplies to our plants, production is to be suspended in the near future at factories operated by group brands,”

“2020 will be a very difficult year. The corona pandemic presents us with unknown operational and financial challenges. At the same time, there are concerns about sustained economic impacts”.

“The spread of coronavirus is currently impacting the global economy. It is uncertain how severely or for how long this will also affect the Volkswagen Group. Currently, it is almost impossible to make a reliable forecast”.