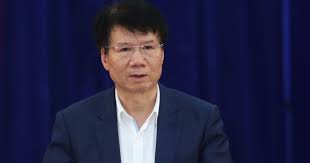 A former Vietnam deputy health minister, Truong Cuong, have been sentenced to 4 years imprisonment after he was was found guilty by a court sitting in Hanoi, for involving in illegal sales of fake drugs.

The 59 year old deputy minister was accused to have helped some local firms to import  some fake drugs worth more than $148 billion, to sell domestically in the country.

Aside Cuong, the court also sentenced 13 others to prison, for about two to twenty years imprisonment, for their involvement in the illicit drug case.

Reacting to Cuong’s conviction, his lawyer, Nguyen Bach, said that it was unclear if his client pleaded guilty or not, before sentencing him to prison.

Cuong’s lawyer added that his client was convicted of demonstrating a lack of responsibility, causing serious consequences at his seven-day trial in Hanoi.

Meanwhile, Vietnam authorities have begin seizure of illegal drugs found with anyone, as well as the arrest of prominent business people, market regulators and health officials, who are engaged in illegal acquiring of  properties and illegal drug trading.

It added that several senior health officials have been accused of wrongdoing in medical procurement, including allegations that some of them have overstated the cost of coronavirus test kits.

According to the Vietnam Communist Party, the Minister of Health, Nguyen Long, should also be disciplined  for his involvement in wrongdoing.