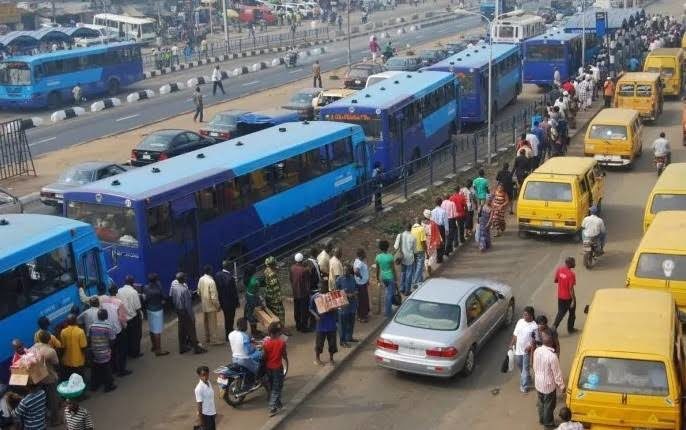 Inspite of Lagos State Government efforts to sensitize residents on need for social distancing and other coronavirus preventive measures, there was commotion was in different parts of the state, with residents ignoring the government directives on social distancing as a means to curb further spread of the virus in the state.

The resident, rather, went ahead with their previous actions in Bus Rapid Transits (BRT), markets and other public places, ignoring government directives over coronavirus infections in the state.

Lagosians, who thronged the streets and went about their regular daily activities, did not comply with government directives on social distancing and also actively stood against the state order on BRT passenger reduction.

The State Governor, Babajide Sanwo-Olu, had earlier announced preventive measures to encourage more residents stay home such as mandating of state staff not to work till further notice, as well as reduction  of number of passengers expected to board the state BRT and other state-owned buses per trip.

It was observed that commuters were restive in light of Sanwo-Olu’s move to restrict BRT buses from carrying standing passengers, as a result of which scuffles ensued at various bus shelters around the state, as people tried to force their ways unto the restricted buses in a show of defiance to the state governor’s orders.

It was noticed that Lagosians complained that the directive given by the Sanwo-Olu led administration, mandating the state public transportation buses to carry a maximum of 47 passengers per trip, had greatly increased waiting time for commuters before boarding a bus to their various destinations, a side-effect which had triggered widespread commuter struggles across the state.

This is Lagos today. In the end, our plan for this Virus is Immunity, Hot weather and Insha Allah pic.twitter.com/Fz7N7Ibzzr