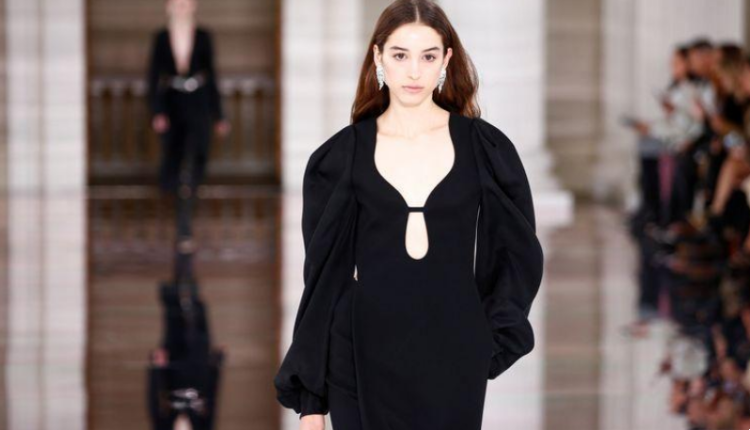 Beckham, at the show which was attended by creame de la creame, chose black dresses paired with distinctive belts and chunky thigh-high platform boots, a rear dress which generated reactions from all at the event on Sunday.

The wife of the former England winger, who has also launched a beauty line, opened her show with a series of black mid-length dresses, before introducing whites, blues and plaid designs, plus platform boots in an array of bold colors, as well as high collared-blouses and oversized lapels.

London Fashion Week has been a more subdued gathering this year, with many Chinese attendees absent because of the coronavirus, but crowds packed into Beckham’s chosen venue, the neo-classical Banqueting House, Whitehall in central London.

The show was watched by husband David and three of their children, as well as Anna Wintour, the influential editor of Vogue magazine. The models strode onto a mirrored floor, which reflected the classical Rubens paintings on the ceiling and the hall’s grand chandeliers.

Beckham, whose collections have gained critical acclaim and won fashion awards for their fluid, sharp tailoring, said in show notes that her Autumn/Winter 2020 collection was about being instinctive and spirited.

“I was thinking about the tension between refinement and rebellion,” said the designer who was known as “Posh Spice” when she was in the 1990s girl band. I wanted to explore how to honor tradition but challenge convention. To be subversive yet still sophisticated.”